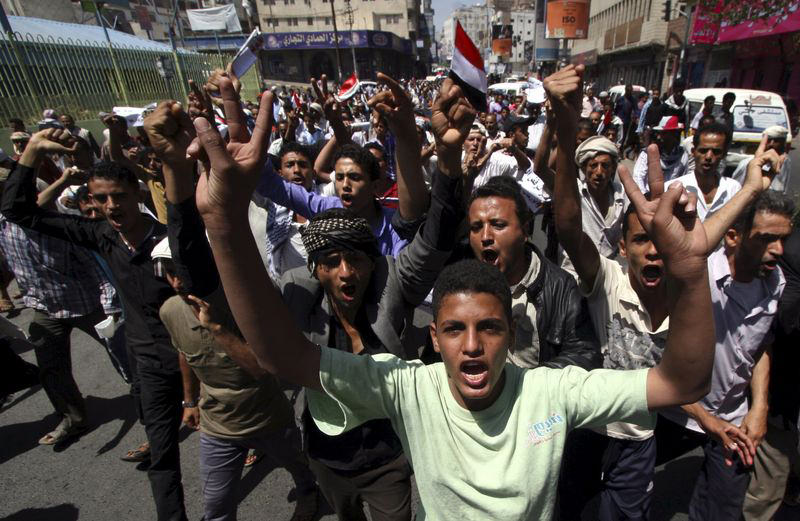 | Photo: Reuters
by Associated Press Mar 21, 2015 12:00 am
A group of US military forces have evacuated an air base because of a deteriorating security situation after al-Qaida seized a nearby city, Yemeni military and security officials said on Saturday.

The officials say the troops, including Special Forces commandos, are leaving the Al Anad air base near the southern city of al-Houta.

The officials, who spoke on condition of anonymity as they were not authorized to discuss troop movements, did not say whether the troops left the country.

Al-Qaida's local branch is considered by Washington to be the group's most dangerous offshoot. The U.S. has carried out a series of drone strikes in Yemen targeting suspected militants.

Al-Qaida militants took al-Houta on Friday. Their offensive comes as Shiite rebels hold the capital and nine of Yemen's 21 provinces.

On Friday, at least 137 worshippers died and hundreds wounded in the bombings at two mosques in Sanaa, in coordinated attacks claimed by ISIS.
Last Update: Mar 21, 2015 7:30 pm
RELATED TOPICS