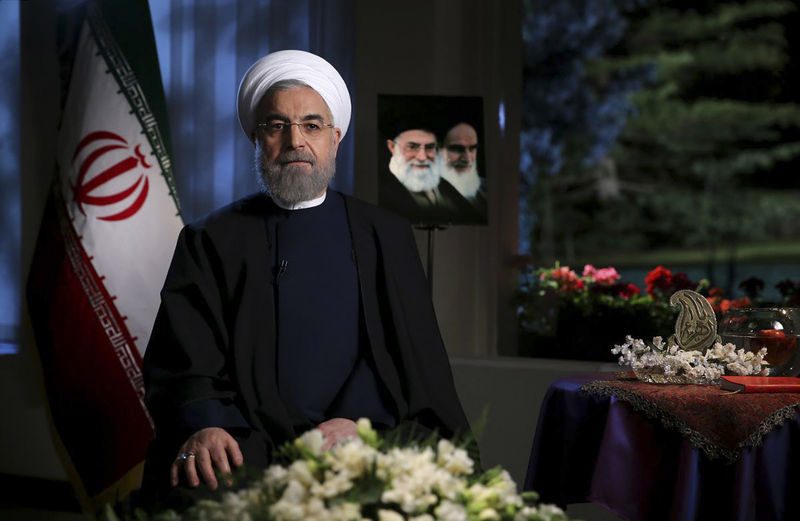 by Compiled from Wire Services Mar 26, 2015 12:00 am
Iranian President Hassan Rouhani condemned Saudi Arabia's military intervention in Yemen on Thursday and urged all countries in the region to stay out of their neighbour's internal affairs.

"Interference by foreign militaries is very dangerous and deepens the crisis," Rouhani said, during a phone call with French President Francois Hollande.

He insisted the "solution to Yemen's problems is not military," the presidency said.

Saudi Arabia's air strikes on Iranian-backed Shiite Houthi rebels in Yemen triggered fury from Iran on Thursday, with officials warning the military action threatened to spill over into other countries.

During a separate telephone conversation with British Prime Minister David Cameron, Rouhani referred to "this morning's military aggression and condemned all military intervention in the internal affairs of independent nations," his website said.

Several Arab states have joined the Saudi-led offensive, which kicked off late on Wednesday with a string of airstrikes against Houthi positions in Yemen, including some in the capital Sanaa.

Predominantly-Sunni Saudi Arabia said the strikes were in response to Yemeni President Abd Rabbuh Mansour Hadi's appeals for military intervention in Yemen with a view to "saving the people from the Houthi militias."

The U.K., Turkey, Egypt and France declared their support for Saudi Arabia's anti-Houthi military operations while Russia, Iran, Syria and Iraq, have labeled them as "aggression."

Fractious Yemen has been in turmoil since last September, when the Iran-backed Houthis overran the capital Sanaa, from which they have sought to extend their influence to other parts of the country as well.

Yemen's slide towards civil war has made the country a crucial front in the mostly Sunni Saudi Arabia's rivalry with Shi'ite Iran, which Riyadh accuses of stirring up sectarian strife through its support for the Houthis. Sunni Arab monarchies around Yemen have condemned the Shi'ite Houthi takeover as a coup, and have mooted a military intervention in favor of Hadi in recent days.