US authorizes logistical and intelligence support to operations in Yemen 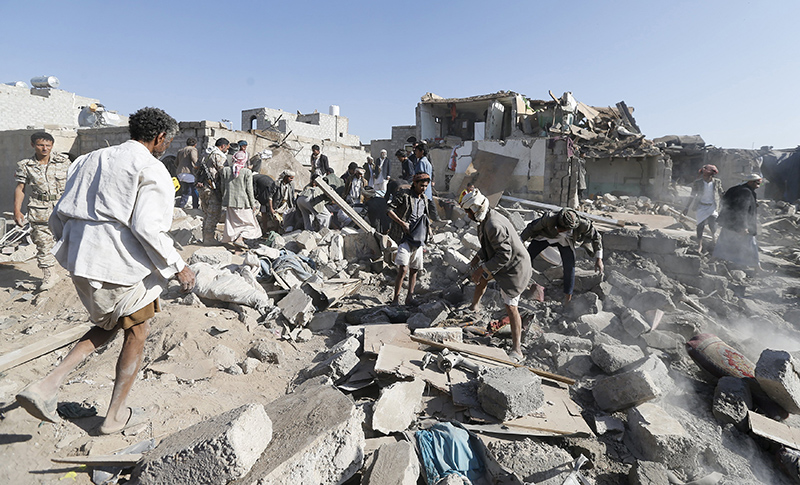 People search for survivors under the rubble of houses destroyed by an air strike near Sanaa Airport |Photo: Reuters
by Compiled from Wire Services Mar 26, 2015 12:00 am
The United States is coordinating closely with Saudi Arabia and Arab allies in the military action against Huthi rebels in Yemen, the White House said on Wednesday.

Troops of the 39th Armoured Brigade, who are allied to the Shiite Huthi militia which controls the capital Sanaa, pulled out of the airport just a day after seizing it, the official said.

Security officials in Yemen say Saudi airstrikes are targeting military installations held by the Shiite rebels who swept into the country's south and drove the president to flee by sea.

News footage of the military offensive that kicked off Thursday, aired by Saudi-owned Al-Hadath TV, showed flashing lights and what sounded like machine gun fire.

Saudi-owned Al-Arabiya News reported that the kingdom has deployed 100 fighter jets, 150,000 soldiers and other navy units.

Saudi Arabia announced it was leading a military offensive in Yemen after the Shiite rebels known as Houthis moved on Yemeni President President Abed Rabbo Mansour Hadi's last refuge in the southern city of Aden. The Houthis captured the city's airport and put a bounty on Hadi's head.