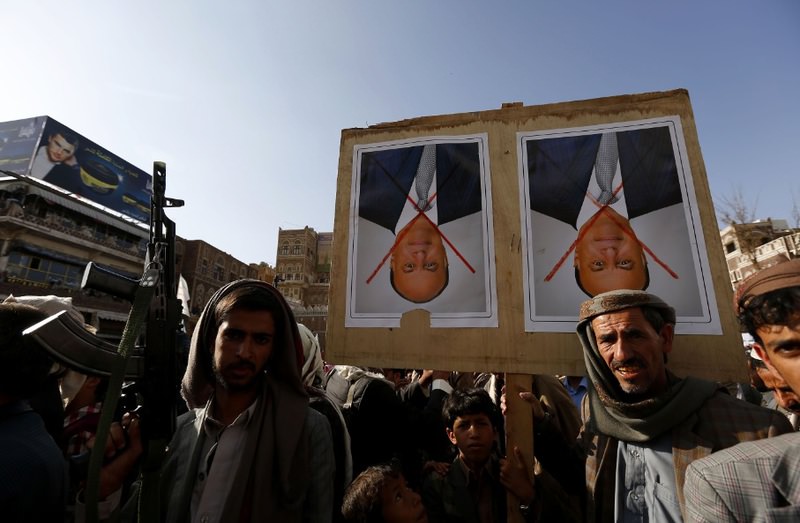 As the war-torn country descended deeper into chaos, Al-Qaeda militants freed hundreds of inmates in a jailbreak.

The advance by Iran-backed rebels deep into Aden, the last bastion of Hadi supporters, appeared to further douse prospects of his returning any time soon from neighbouring Saudi Arabia.

"Dozens of Huthi militia and their allies arrived in armoured troop carriers and entered Al-Maashiq presidential palace," said a senior security official who witnessed their advance.

Heavy clashes, including tank shelling, erupted afterwards between the rebels and their opponents inside the compound, a member of the pro-Hadi militia stated.

At least 44 people - including 18 civilians - were reported dead on Thursday in fierce fighting between opponents and supporters of Hadi in the southern port city.

"There are bodies and wounded in the streets and nobody dares to approach," said Khaled al-Shaie, a resident in the central neighbourhood of Crater.

The Huthis, allied with army units loyal to former president Ali Abdullah Saleh, have seized swathes of the country including the capital Sanaa.

Hadi fled to Aden from the capital after the Huthi Shiite rebels seized power in February, and the palace came under fire from warplanes twice during his stay.

He went into hiding last week as the rebels bore down on what was his last stronghold, later surfacing in the Saudi capital as Riyadh launched an air war on the rebels.

Saudi Arabia announced Thursday its first casualties since launching the offensive, with one soldier killed and 10 more wounded by gunfire from across the Yemeni border.
Last Update: Apr 02, 2015 6:18 pm
RELATED TOPICS