Nine Palestinians detained, one wounded in Israeli raids of the West Bank 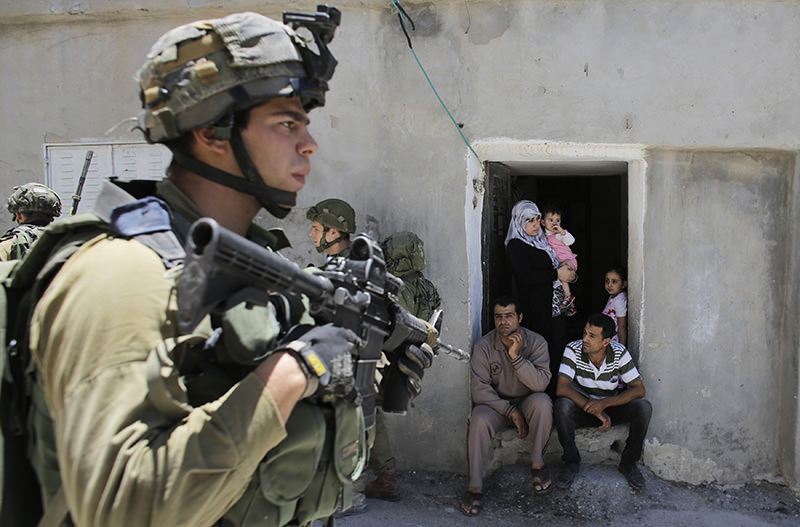 by Daily Sabah with AA Apr 05, 2015 12:00 am
Nine Palestinians were detained and one was wounded by Israeli soldiers during the course of raids targeting homes in several cities of the West Bank on Sunday.

According to the information obtained from witnesses, Israeli soldiers raided Dheisheh Refugee Camp near Bethlehem in the morning, detaining two Palestinians.

Following the raid, Israeli soldiers attacked Palestinian youngsters who protested against the raid with tear gas, plastic bullets and bullets, a Palestinian was wounded with a live round, and many people suffered from the damages caused by the use of tear gas during the operation.

Israeli soldiers detained three Palestinians in Hebron, one in Nablus and one in Tulkarm during the raids.

A written statement from the Israel Defense Forces (IDF) radio said that "six Palestinians were detained in several cities of West Bank, three of them are members of Hamas." The statement claimed that the detainees had joined several protests threatening Israel's security.

Palestinians living in Jerusalem and the West Bank are frequently detained by Israeli soldiers with various accusations.