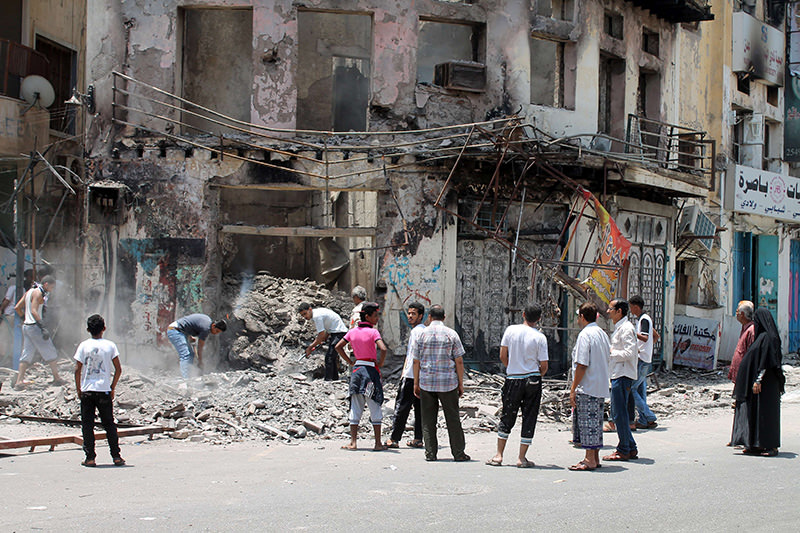 | AFP Photo
by French Press Agency - AFP Apr 06, 2015 12:00 am
The Red Cross have said that an aid plane which was ready to leave for Yemen was delayed on Monday due to logistical problems in war-torn Yemen.

"We have a cargo plane with medical supplies which is ready to go," Sitara Jabeen, a spokeswoman for the International Committee of the Red Cross (ICRC) told AFP.

"We have the permission for this plane but we have logistical problems for the landing. There are less and less planes landing in Yemen. We are trying to solve the logistic problems," she added.

The Red Cross is also trying to deploy a team of surgeons to the battle-torn city of Aden, but said that "authorizations from all the parties involved" are necessary before this can happen.

The aid agency had issued an appeal for an immediate truce on Saturday for medical assistance to be provided to those caught in the fighting between Huthi Shiite rebels and government forces backed by a Saudi-led coalition of Gulf states.

It called for all land, air and sea routes to be immediately opened to allow the delivery of 48 tonnes of medical supplies and surgical kits which the organisation has ready to treat the 2,000 to 3,000 people who have been hurt in the fighting.

Despite its repeated appeals in the past week, however, ICRC personnel and supplies have been blocked from entering the country.
Last Update: Apr 06, 2015 12:15 pm
RELATED TOPICS