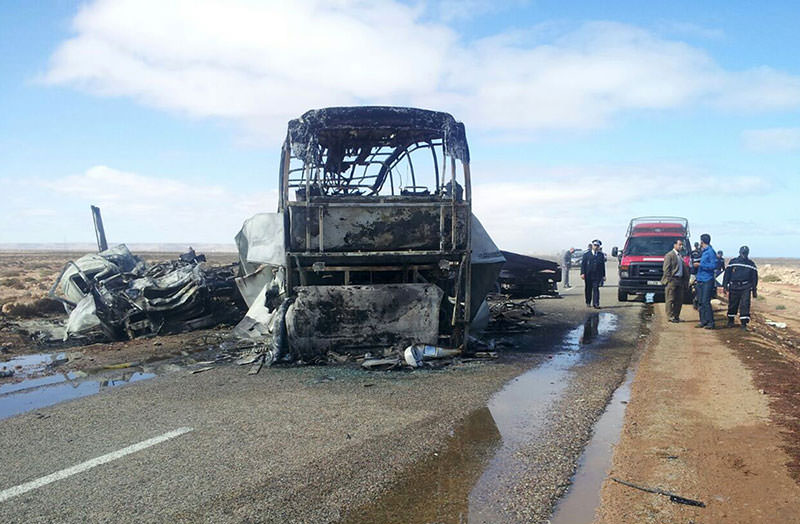 Emergency workers and officials inspect the burnt remains of the road accident (AP Photo)
by Daily Sabah with AFP Apr 10, 2015 12:00 am
A head-on collision in Morocco on Friday between a truck and bus killed 34 people and left many injured. The death toll was announced as 31 on Friday, but the death the last victim, a 12-year-old girl who suffered third-degree burns, brought the number to 34, officials said on Monday.

The crash, which saw the bus catch fire after a head-on collision with a trailer truck, was one of the worst in the North African country's history.

Most of the victims were schoolchildren returning from a sports meet.

Road accidents are frequent in Morocco, where officials say about 4,000 people are killed each year -- equivalent to about 12 each day.

The worst road accident claimed the lives of 42 people in September 2012, and also occurred in southern Morocco.