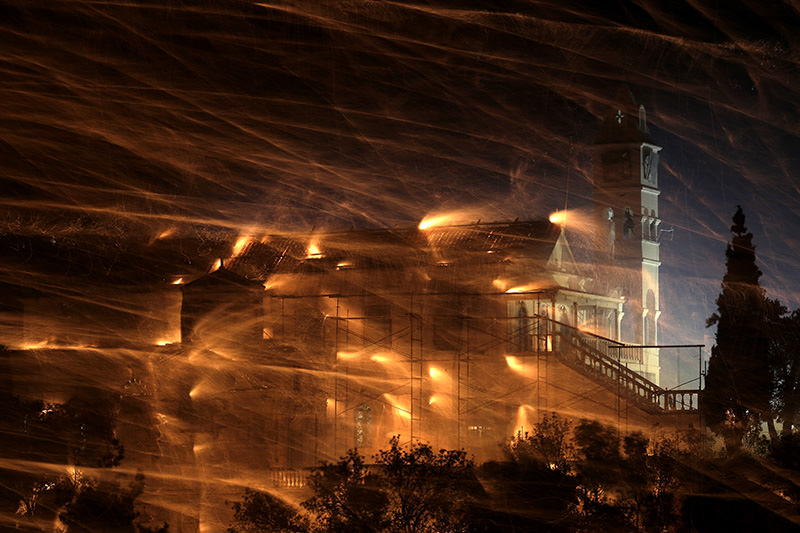 Severe injuries are, fortunately, rare and dozens of brave souls even attended late-night services inside the churches of Aghios Markos and Panaghia Erithiani, which, together with the surrounding homes, were ringed in defensive veils of chicken wire. Police kept a discreet distance as hundreds of people manned batteries of wooden rocket launchers, awaiting the air raid siren that marks the start of hostilities.

Although small firework displays are held at churches around the country at midnight services on Easter Saturday, Vrontados is in a league of its own, despite official disapproval from Church officials, drawing spectators from all across Greece and abroad. The custom dates back to the 19th century, when the island was under Turkish occupation, but may have much older roots.

Preparations for the event began last all year. On Saturday morning participants paraded their hardware through the village in lorries, honking their horns.