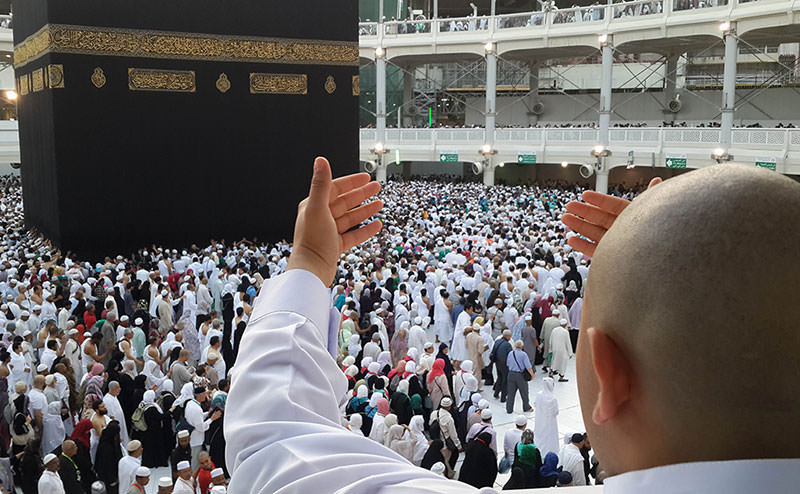 | AA Photo
by French Press Agency - AFP Apr 13, 2015 12:00 am
Iran has suspended pilgrimages to the Muslim holy places in Saudi Arabia in protest at an alleged sexual assault attempt against two teenage Iranian boys, the culture minister said on Monday.

According to Iranian media reports, two Saudi police are alleged to have attempted to assault the youngsters at Jeddah airport as they prepared to fly home from a pilgrimage to Mecca and Medina two weeks ago.

In addition to the annual hajj, which was held most recently last October, Muslims also undertake the lesser pilgrimage or umrah throughout the year.

"I have ordered the Hajj and Pilgrimage Organisation to suspend the lesser pilgrimage until the criminals are tried and punished," Culture Minister Ali Jannati told state television.

All pilgrimages by Iranians to the Muslim holy places fall under the organisation's auspices and each year around 500,000 perform the umrah.

President Hassan Rouhani tasked Jannati with drawing up a response amid a mounting outcry in Iran over the allegations.

Hundreds demonstrated outside the Saudi embassy in Tehran on Saturday.

"Considering what has happened, Iranians' dignity has been damaged and a public demand has formed," the minister said.

Jannati said the Saudi authorities had arrested the two police officers at the centre of the allegations.

"We have spoken to Saudi officials through diplomatic channels and they have promised to punish the persons in custody," he said.

"They even asserted that they would execute them but nothing has been done in reality so far."

The outcry over the allegations comes with relations between Shiite Iran and Sunni Saudi Arabia already tense over the Saudi-led air war against Shiite rebels in Yemen.

Tehran has condemned the Saudi-led campaign and has strongly denied Riyadh's accusations that it has armed the rebels.