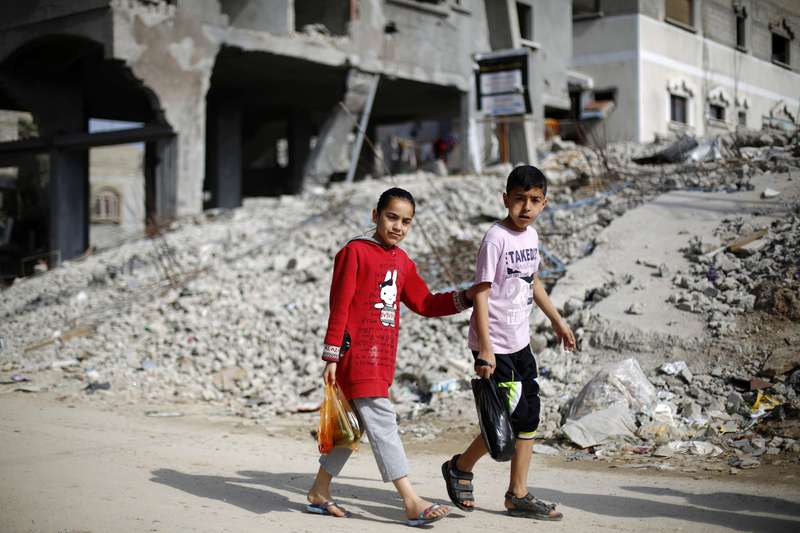 by daily sabah Apr 13, 2015 12:00 am
Israel is committing human rights violations in Israeli settlement farms in the occupied West Bank, as hundreds of Palestinian children, some as young as 11 years old, work on the farmlands in hazardous working conditions in violation of international standards, Human Rights Watch has claimed. Israel, a party to the International Covenant on Economic, Social and Cultural Rights, the Convention on the Rights of the Child, and the International Labor Organization, has failed to protect children from child labor.

In the 74-page report, "Ripe for Abuse: Palestinian Child Labor in Israeli Agricultural Settlements in the West Bank," the 38 children and 12 adults interviewed by HRW said they have been suffering from low wages, lack of access to medical care, long working hours, a lack of compensation and exposure to chemicals. "Israel's settlements are profiting from rights abuses against Palestinian children," said Sarah Leah Whitson, Middle East and North Africa director of HRW.

"Children from communities impoverished by Israel's discrimination and settlement policies are dropping out of school and taking on dangerous work because they feel they have no alternatives, while Israel turns a blind eye."

HRW urged Israel to "lift unlawful restrictions on Palestinians in the occupied territory that contribute to Palestinian poverty and unemployment" and "prohibit all settlers from employing Palestinian children for work in violation of international law."

HRW also called on the EU and the U.S. to exclude agricultural settlement products from the preferential tariff treatment it provides to Israeli goods, saying that "the settlements are the source of daily abuses, including against children. Other countries and businesses should not benefit from or support them."

The Israeli government had approved the establishment of two agricultural farms in Givat Eitam, south of Bethlehem and Shacharit, near Qalqilya in March 2011 paving the way for the establishment of new Israeli settlements. in the Jordan Valley, 86 percent of the land is occupied by Israel through settlements, while "provid[ing] vastly greater access to water from the aquifer beneath the valley to the settlement agricultural industry than to the Palestinians living in the valley."

"It is safe to say that in the past two years, construction started for approximately 5,000 units in the settlements," the anti-Israeli settlement group Peace Now reported, stressing the huge jump in construction since 2013. According to the Peace Now data, 3,100 new housing units were built in the settlements in 2014. The Peace Now organization reflected a higher figure compared to the data released by the Israeli Central Bureau of Statistics (CBS), with only 1,344 new housing units.

The illegal Israeli settlements in East Jerusalem have escalated tensions, triggering social unrest between Israeli settlers and Palestinians. The settlement of an increasing number of Israeli Jews living in the predominantly Arab neighborhood of Silwan is considered part of a Jewish settler project to expand Israeli influence and gain control over the territories where the population is predominantly composed of Palestinians.

Despite severe criticism from the U.S., the EU and the U.N., Israel continues to expand the settlement project that includes major construction in areas through demolishing homes belonging to Palestinians in the disputed area. The number of Jewish settlers in the occupied territories has doubled in the last four-and-a-half years. The continued settlement threatens the pursuit of peace in the sacred territories through deepening divisions between the two communities and further exacerbating the conflict.