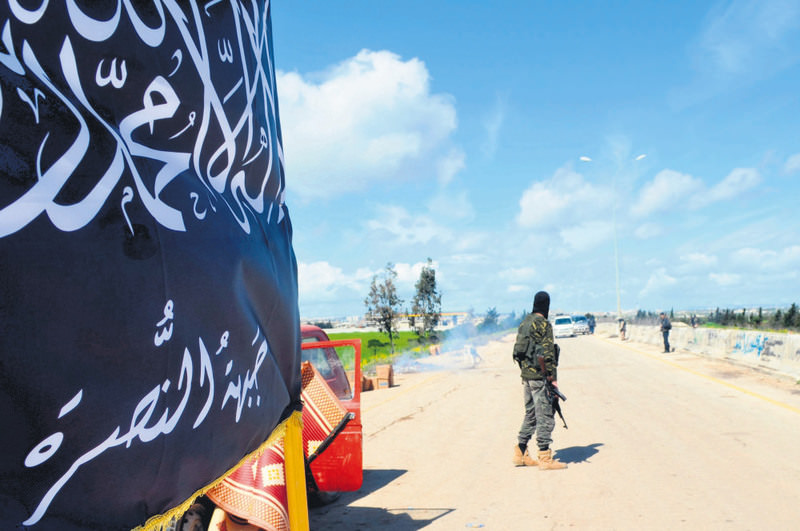 The armed factions under the name of the Southern Front, which introduces itself as a branch of the internationally recognized and Western-backed Free Syrian Army (FSA), issued a statement regarding the presence of the al-Qaida-affiliated Nusra Front in Deraa. Calling for a boycott of the Nusra Front, the statement said: "We refuse or reject any cooperation or rapprochement with the Nusra Front on a military level as well as on the level of political thought, or with any Takfiri thoughts adopted by groups within the Syrian revolution. We consider that the Southern Front factions are the only military component representative of the Syrian people in the south." Moderate factions claim that their purpose is to establish a democratic regime in Syria in the case that the current regime of President Bashar Assad is deposed. In contrast, the al-Nusra Front aims to adopt the strict Salafi version of religious jurisprudence as the group has already established its own courts and administrations that rule the captured towns with a religious law with which Syrians are not familiar. Bashar al-Zoubi, head of a rebel group called the Yarmouk Army was quoted by Reuters as saying: "We must announce our clear position: neither the Nusra Front nor anything else with this ideology represents us. We cannot go from the rule of Assad to Zawahiri and Nusra." Aboul Majd al-Zoubi, head of a Southern Front-linked Syrian media organization, said the aim is to isolate the group. "The door is open for al-Nusra Front fighters to defect and join the factions of the Southern Front. We do not call for confrontation, but the Southern Front is stronger."

After the statements were issued, the dispute deteriorated and resulted in clashes between fighters of the two groups. According to activists, both groups exchanged fire and there were casualties. The activists also reported that moderate opposition groups are not pleased with al-Nusra Front's alliance with the Islamic State of Iraq and al-Sham (ISIS), which controls large swathes of Iraq and Syria. When ISIS split from al-Qaida, namely al-Nusra Front, the alliance turned into rivalry. However, after the U.S.-led coalition launched airstrikes against ISIS, the two groups have re-allied in some parts of Syria, including the Yarmouk refugee camp, home to thousands of Palestinians, which was recently captured from the regime. Besides allying with ISIS, al-Nusra Front also declared that the city of Idlib, which it and many other opposition factions captured after fierce battles with regime troops will be ruled with religious jurisprudence.

A report recently released by the Carnegie Middle East Center said: "While the world has focused in recent months on ISIS, the al-Qaida-affiliated al-Nusra Front will likely continue to steadily expand and consolidate its power in northern Syria as it drives to become a long-term political player in the country." The director of the center, Lina Khatib told Syria Deeply: "Through alliances with certain groups, acquisitions and defeat of others, Nusra aims to strengthen its footprint and widen its influence in the north, and present itself as the primary force fighting the Assad regime on the ground. The more powerful Nusra seems, the more it can attract local support. Nusra seems to be on the way to achieving that, and of course with Idlib is an example of that."
Last Update: Apr 14, 2015 11:40 pm
RELATED TOPICS