The US 'concerned' by Morsi sentence: White House 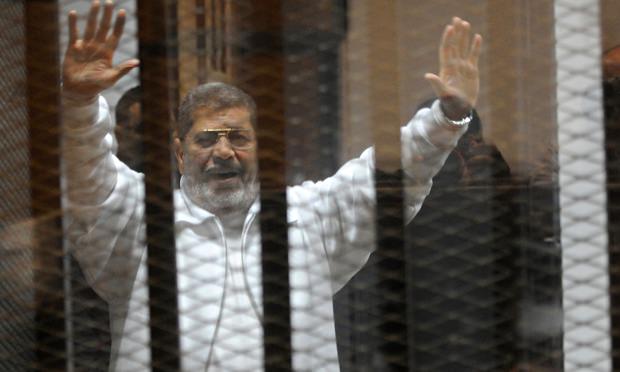 by Mehmet Çelik Apr 21, 2015 12:00 am
"The United States is concerned by these sentences," said White House Press Secretary Josh Earnest, regarding the Egyptian court's decision to sentence Mohamed Morsi, Egypt's democratically elected president, and 12 others to a 20-year prison term, on Tuesday.

"All Egyptians, regardless of political affiliation, are entitled to equal and fair treatment before the law, including full respect of their rights to due process," he added.

"The United States continues to be strongly opposed to politicized arrests and detentions," Earnest said.

The U.S. administration had recently lifted a hold on military aid to Egypt, a country known for its deteriorating human rights record due to mass trials and sentences that have been widely criticized by international human rights groups.

"We made a decision. I think that's what changed," said Marie Harf, a State Department spokeswoman, who refused to comment on why the U.S. lifted the hold put on aid previously, as Egypt's current human rights records have not changed.

Mohamed Morsi's victory was put to an end and Egypt's democratically elected government was suspended by a military coup by a coalition led by General Abdel-Fattah el-Sissi in July 2013, which also received a warm welcome by western democracies.

Since then, Egyptian authorities have launched a politically motivated crackdown against Morsi and Muslim Brotherhood supporters, resulting in hundreds of deaths and thousands put in prison.
Last Update: Apr 22, 2015 5:50 pm
RELATED TOPICS