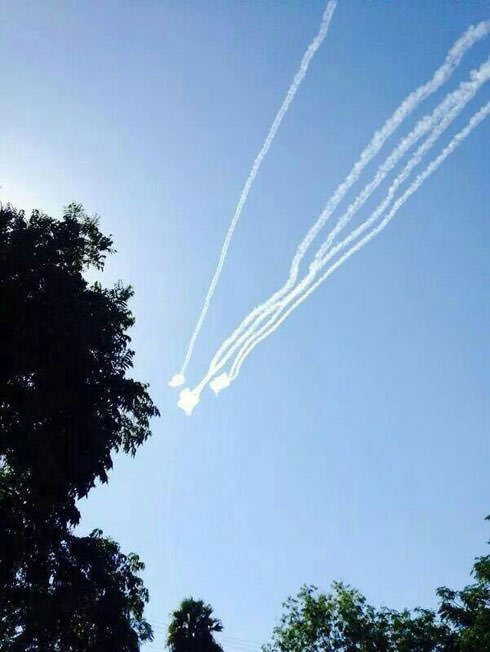 by Daily Sabah with Wires Apr 23, 2015 12:00 am
A rocket was fired from Gaza Strip at an open field in the area of the Shaar Hanegev regional council in the western Israeli city of Sderot as Israel celebrated its independence day on Thursday, the first such attack in months, causing no injuries or damage, Israeli authorities said.

Air raid sirens sounded in the late evening in the southern border town of Sderot and surrounding communities after at least one rocket was fired, the military said. Residents reported hearing explosions and air raid siren and rushed to their shelters. "We closed the door and there was a strong explosion. It must have been Al-Qassam, I have no doubt because I recognize the sound." Ynetnews reported.

Police said the rocket "apparently fell in an open area."

The Israel-Gaza border has been largely quiet since a 50-day conflict in July and August.