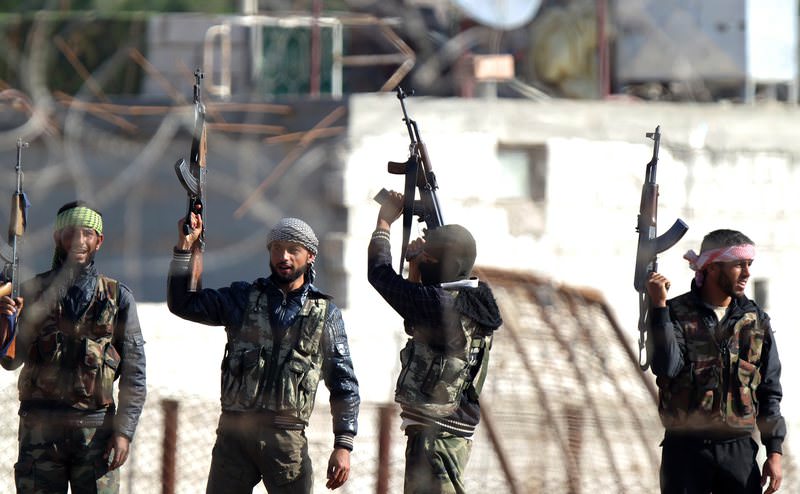 A month ago the opposition groups under the umbrella of the Fatah Army captured the city center of Idlib, which was hailed as a huge gain against the Assad regime in Syria. The rebels have proudly declared that they have seized control over the city and released several videos showing the people of the city saluting the fighters and thanking them for expelling the regime forces. Syrian President Bashar Assad, whose forces hold positions in Latakia, Damascus and some parts of Aleppo was, as understood from his statements, frustrated at the loss and accused Turkey of facilitating the fall of Idlib into the hands of the opposition groups, although the regime forces since the beginning of the war in 2011 have lost large amounts of territory. The opposition sympathizers on social media claim that the regime is facing its worst days since 2011 and is "anxious."

Consequently it has become more aggressive as more barrel bombs start to fall and the prisoners held by the regime forces have been executed prior to the capture of the rebels. The opposition groups, after ending the internal conflicts except with the Islamic State of Iraq and al-Sham (ISIS), continue to make gains in the rural parts of Idlib, near Latakia , which is one of Assad's strongholds. Jisr al-Shughour was the last town captured by the opposition fighters after a rapid surrender on Saturday. The capture took 48 hours and regime forces evacuated the town completely. Robert Ford, a former U.S. ambassador to Damascus, now a senior fellow at the Middle East Institute told the Guardian, "Despite constant Western media assessments that Assad's situation is secure, the reality is that the Syrian war is one of attrition. And minority regimes usually do not fare well in prolonged wars of attrition."

The changing balances in the war have been attributed to Saudi Arabia's new King Salman bin Abdulaziz's ambition to eliminate the Iranian threat. The fact that Saudi Arabia leads the coalition against Iran-backed Houthi rebels in Yemen, who have attempted to overthrow the Saudi-backed and internationally-recognized Yemeni government, is considered as proof of the oil-rich country's concentrated policy toward Iran, which has recently agreed an agreement over the nuclear issue with the U.S.

Iran has critically helped the Assad regime through dispatching thousands of soldiers, mobilizing the Lebanon-based Shiite Hezbollah group and delivering millions of dollars despite its troubled economy due to international sanctions. Yesterday Syrian Defense Minister Fahd Casim el-Freyc paid a visit to Tehran and said "the two allies will be cooperating militarily in the purpose of defeating the rebels." The Secretary-General of the Istanbul-based Syrian Turks' Association Ahmed Vezir told Anadolu Agency, "Syrian opponents are fighting against Iran, Hezbollah and secret powers rather than Syrian troops in Syria, adding that Iran was increasingly having a "greater say" in Syria. He also said Iranian troops were taking an "active" role in the country. Vezir said that "opposition forces in Syria had united in many locations across the country, making significant gains against the regime troops. The strengthening of the opposition has weakened the regime, causing disintegration and cracks inside the regime."

It is, however, uncertain how long Iran can sustain its position in Syria as the opposition groups unify and advance into the strongholds of the regime, meanwhile the Saudi-led coalition has weakened the Houthis in Yemen. Moreover, the U.S. and Turkey have voiced their concerns over the Iranian presence in Syria, Iraq and Yemen. Saudi Arabia seems to have gained a position more advantageous than Iran in the proxy war that continues in Syria and Yemen. As a result the opposition groups expect more victories as the regime forces have been dramatically weakened following the capture of Idlib.
Last Update: Apr 29, 2015 11:10 am
RELATED TOPICS