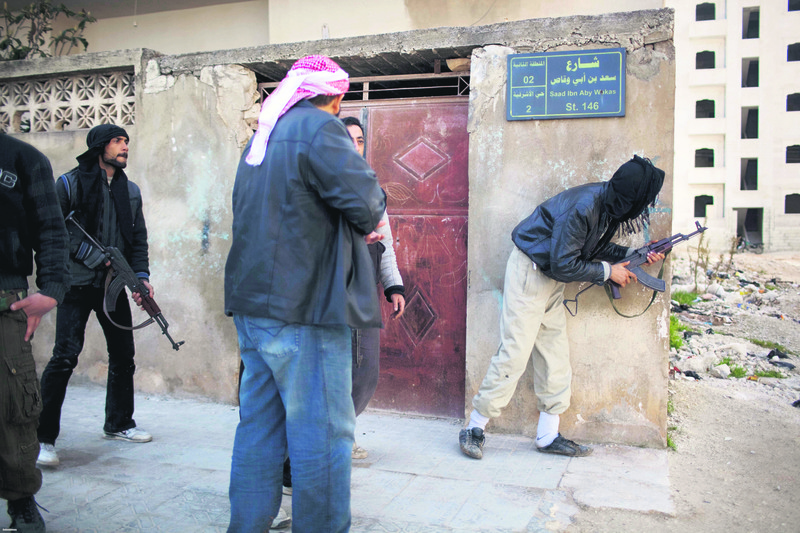 Rebels, who have been making significant advances in the south of Syria, have been battling the regime troops near Assad’s ancestral home, an Alawite town

Al-Qaida affiliated al-Nusra Front-led opposition groups and the Syrian army fought fierce battles in Latakia province overnight close to President Bashar al-Assad's ancestral home, the army and rebels said, after weeks of insurgent gains in the country's northwest. Rebels seeking to topple Assad have in the past sought to bring their four-year-long insurgency close to coastal areas in government-held Latakia, heartland of Assad's minority Alawite community. An army source told state news agency SANA fighter jets hit insurgent hideouts in the northern Latakia countryside with "tens killed and wounded." Latakia is the main port in Syria and along with the capital Damascus is one of the most important government-held areas in the country. The violence follows advances in neighbouring Idlib province by the hardline Ahrar al-Sham group and Syria's al Qaeda wing Nusra Front as well as other allied fighters.

Rami Abdulrahman, who runs the Syrian Observatory for Human Rights monitoring group, said the Latakia battles started with an army offensive on Thursday, backed by local militias, aimed at pushing the insurgents out of the province in order to advance on captured areas of neighboring Idlib. The Observatory, which collects information from a network of sources on the ground, said at least five insurgents were killed and an unidentified number from the pro-government side. Two rebel sources said the fighting in Latakia was near the mountains of Jabal al-Akrad, close to some of the highest peaks in Syria including Nabi Younis that overlook Alawite villages and close to Qardaha, hometown of the Assad family. "The capture of the peaks would make the Alawite villages in our firing range," said an Ahrar al-Sham commander based in Idlib on Skype. The Observatory's Abdulrahman said the army wanted to secure the valley and peaks in order to advance on Jisr al-Shughour, a town in Idlib province captured by insurgents a week ago. In August 2013, Islamist rebels and foreign fighters briefly captured Alawite villages. On Friday Syrian television said army units targeted "groups of terrorists" in the eastern and southern Idlib countryside and "eliminated a great number of them and destroyed their weapons and munitions." Diplomats say rebels are trying to pressure the overstretched army on as many fronts as possible to spread its resources ever more thinly.

Al-Nusra Front plays such a significant role during the capture of strategic towns. Al-Qaida's official Syrian branch, al-Nusra Front, emerged as a decisive actor in the war against the Syrian regime as it was established in the middle of 2011 and has been carrying out effective attacks under the leadership of Abu Mohammad al-Julani, about whom there is limited information. The group led the capture of Idlib and other key towns near Jordanian border.

In March 2011, Syrians were emboldened enough to raise their voices against the dictatorship. However, the regime's response was not as peaceful as the protests. And the country was subsequently dragged into a deadly civil war after opposition groups took up arms against the government. Opposition groups have also been divided internally. While moderate opposition groups like the Western-backed Free Syrian Army (FSA) are struggling for a democratic Syria where all religions and political groups are free to exist, radical elements like al-Nusra Front, and ISIS aims to establish a new Syria ruled by extremist religious jurisprudence.
Last Update: May 02, 2015 5:22 pm
RELATED TOPICS