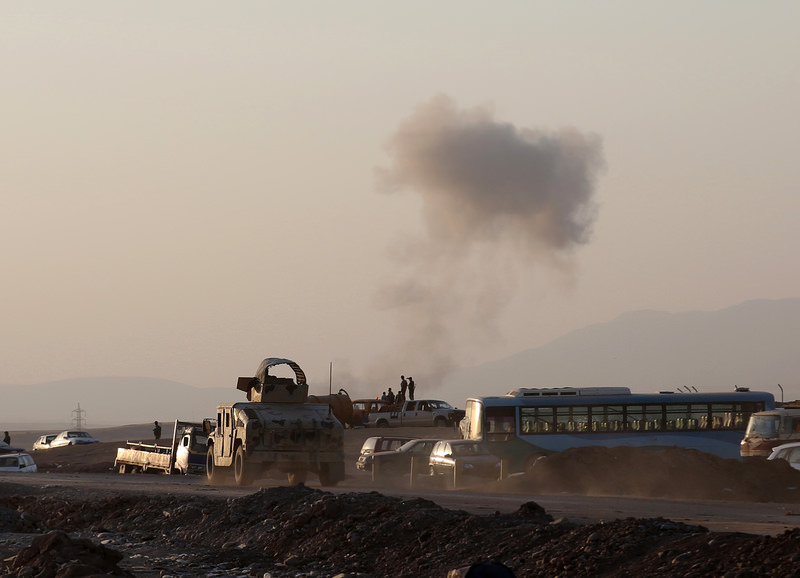 |AP Photo
by May 02, 2015 12:00 am
The death toll from an air strike by U.S.-led forces on the northern Syrian province of Aleppo on Friday has risen to 52 including seven children, a group monitoring the conflict said on Saturday.

U.S. and Arab forces have been carrying out almost daily air raids against terrorist groups groups in Syria such as the self-proclaimed Islamic State in Iraq and al-Sham (ISIS) since last September, and U.S.-led forces are also targeting the group in Iraq.

The British-based Observatory for Human Rights said the air raid on Friday had mistakenly struck civilians in a village on the eastern banks of the Euphrates River in Aleppo, killing members of at least six families.

The United States has previously said it takes reports of civilian casualties from the U.S.-led strikes seriously and says it has a process to investigate each allegation.