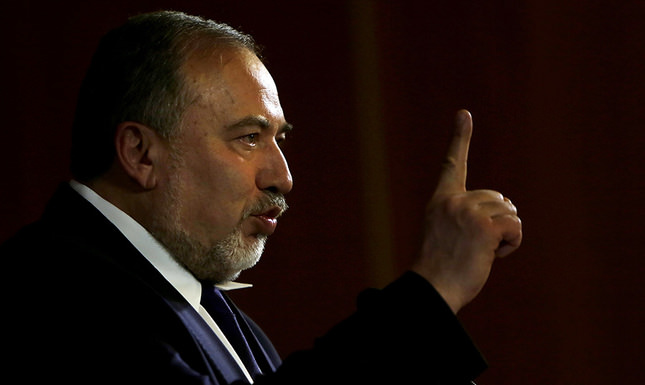 by Associated Press May 04, 2015 12:00 am
Israel's foreign minister says he will not sit in Prime Minister Benjamin Netanyahu's incoming government and instead will take his Yisrael Beitenu party into the opposition.

Monday's announcement by Avigdor Lieberman dealt a setback to Netanyahu, who is trying to cobble together a majority coalition in the 120-seat parliament by a Wednesday deadline. Lieberman has served two terms as foreign minister and has been a key ally of Netanyahu's throughout the years.

Lieberman said he could not sit in the government after Netanyahu struck a series of deals with ultra-Orthodox partners. Lieberman's party is secular.

Lieberman's once-powerful party plummeted in the March election to just six seats. Without Yisrael Beitenu, Netanyahu is expected to have a slim majority of just 61 seats, leaving him susceptible to the demands of partners.