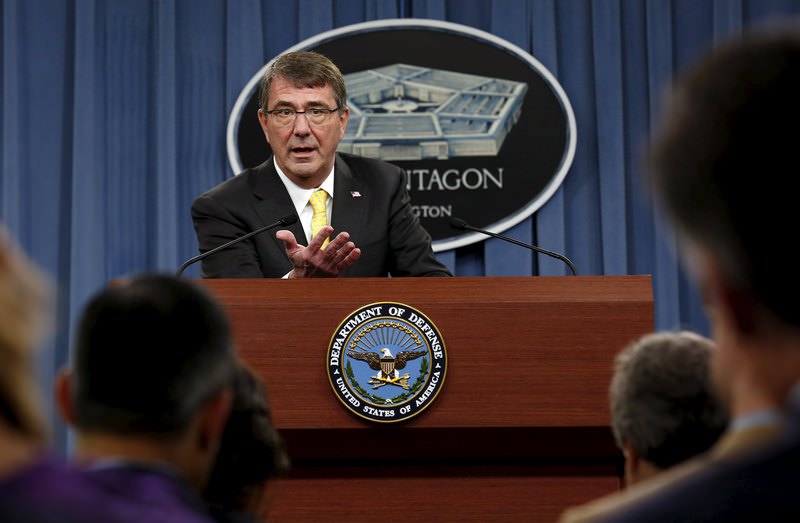 The American military has started training Syrian opposition forces in Jordan to prepare them to fight against the ISIS group, U.S. Defense Secretary Ashton Carter announced on Thursday.

Carter said in addition to the current group of Syrian opposition forces, a second one will begin training within weeks, and added that he opposes bypassing the Iraqi government and arming Kurds and Iraqi tribes, as that kind of step would put some US personnel at risk.

Jordan is one of four countries that are expected to offer training to the Syrian opposition. The other three countries are Saudi Arabia, Qatar and Turkey.

President Barack Obama has been criticized over the pace of the training program, with some lawmakers accusing the White House of a lackluster effort.

The Obama administration has spent months trying to select and screen the fighters to be trained to ensure no extremists slip through.

According to Pentagon officials, more than 3,750 Syrians volunteered for the fighting and roughly 400 completed "pre-screening."

The US Congress has approved $500 million to train about 5,000 Syrian fighters in a year's time.

About 1,000 US troops are expected to help with the training and 450 forces from the US-led coalition have already deployed for the effort, officials said.

The part of the training for the moderate Syrian opposition forces that will take place in Turkey is expected to begin on Saturday, Turkish Foreign Minister Mevlüt Çavuşoğlu recently told Daily Sabah.

Due to the time taken to form fighting units as well as transportation of weaponry, the program will commence three months after the signing of the agreement in February. "There are no political or any other kind of issues. At first, 300 people will be trained, followed by the next 300. By the end of the year the number of trained and equipped fighters will reach 2,000," Çavuşoğlu said.

He further added that the U.S. and Turkey share the view of a Syria without President Bashar Assad. "But for now, the fight is a priority for the U.S.," the foreign minister said, adding that the trained-and-equipped Syrian opposition groups will fight both the Assad regime and ISIS.

The Free Syrian Army has long been asking for more assistance in its fight against the Assad regime. There has been heavy fighting recently in northern Syria. The FSA still control parts of Aleppo, though government and its allied forces have been closing in. Turkey has continuously expressed that a comprehensive strategy that includes safe and no-fly zones in Syria along with training opposition groups, is necessary for a permanent solution in the war in the neighboring country.