Clashes erupt in Mahabad after the doubtful death of a woman 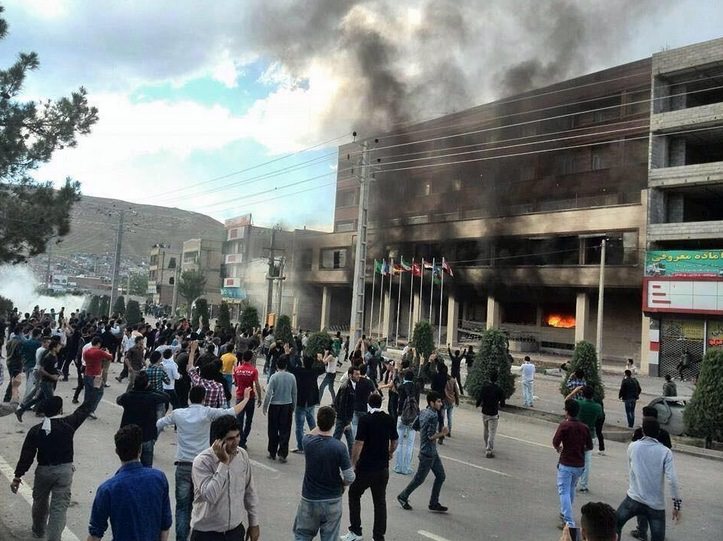 by Daily Sabah May 08, 2015 12:00 am
People of Mahabad have set the hotel, where the chambermaid Ferinaz Khosrevani died suspiciously, on fire.

It was alleged that an official Iranian security officer of the hotel attempted to rape the young woman, and she decided to plunge from the fourth floor of the hotel to escape the rapist, resulting in her death.

Mahabad's mayor, Jaafar Katani, said that the investigation is in progress and every piece of evidence regarding the incident is collected.

Saying that he cannot give further information about the case before having certain information, he added "The suspect has been caught and will be under custody until the end of the investigation. Contrary to allegations in the media, he is not an official security personnel, he is one of the workers at the hotel."
Farinaz Khosravani on Monday plunged from a fourth-floor window of Tara Hotel, according to Kurdish media outlets.

Clashes erupted in the city after the young woman's death. Local media says that police used tear spray against the protestors. Mahabad's population is mostly Kurdish; it is the traditional capital of Iranian Kurdistan.
Last Update: May 08, 2015 7:50 pm
RELATED TOPICS