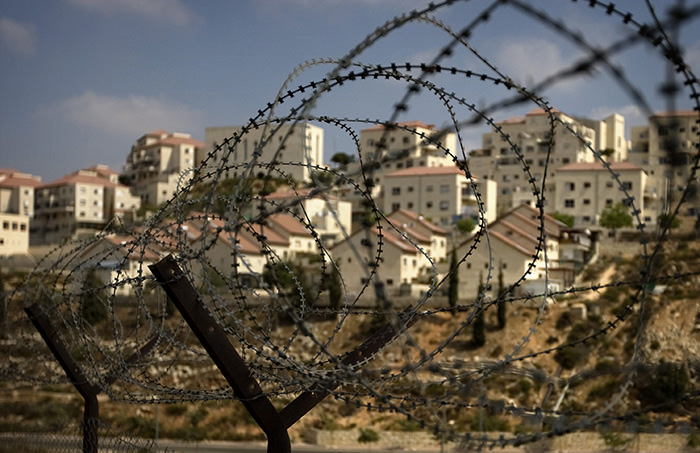 |AP Photo
by Daily Sabah May 08, 2015 12:00 am
Following Israel's push for a Jerusalem construction project, the U.S., Turkey and the U.N. have voiced concern over "illegal" settlements. A total of 900,000 homes have been approved in Ramat Shlomo, according to Hagit Ofran of the settlement watchdog Peace Now.

U.S. State Department spokesman Jeff Rathke on Thursday called the Jewish settlement project "damaging and inconsistent" with resolving stalled peace talks between Israel and the Palestinians while damaging hopes for a two-state solution.

The U.N. Secretary General Ban Ki-moon expressed deep concern over Tel Aviv's plans to construct hundreds of new illegal settlement units in Jerusalem. "The secretary-general is deeply concerned by recent announcements of plans by Israeli authorities for 900,000 settlements in East Jerusalem that are illegal under international law," Stephane Dujarric, the spokesperson for Ban, said on Thursday.

The illegal Israeli settlements in East Jerusalem have escalated tensions, triggering social unrest between Israeli settlers and Palestinians. The settlement of an increasing number of Israeli Jews living in the predominantly Arab neighborhood of Silwan is considered part of a Jewish settler project to expand Israeli influence and gain control over the territories where the population is predominantly composed of Palestinians.

Despite severe criticism from the U.S., the EU and the U.N., Israel continues to expand the settlement project that includes major construction in areas through demolishing homes belonging to Palestinians in the disputed area. The number of Jewish settlers in the occupied territories has doubled in the last four-and-a-half years. The continued settlement threatens the pursuit of peace in the sacred territories through deepening divisions between the two communities and further exacerbating the conflict.
Last Update: May 08, 2015 6:23 pm
RELATED TOPICS