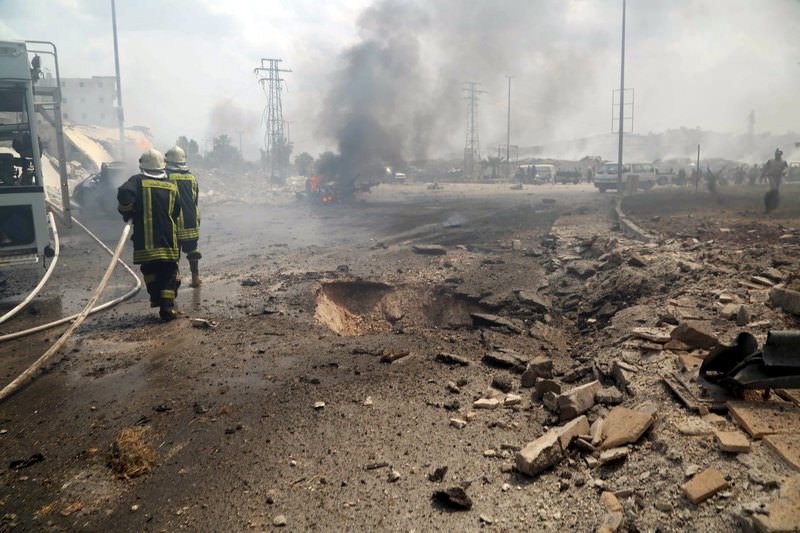 |Reuters Photo
by Associated Press May 12, 2015 12:00 am
Syrian activists say government helicopters have dropped barrel bombs in a neighborhood in the northern city of Aleppo, killing at least 15 people.

The Britain-based Syrian Observatory for Human Rights says the attack on Tuesday in the city, carved up into rebel- and government-held areas, hit near a bus depot. The group said at least 20 people were killed and 30 were wounded, including women and children.

Different casualty figures soon after the attacks are not uncommon.
Last Update: May 12, 2015 5:57 pm
RELATED TOPICS