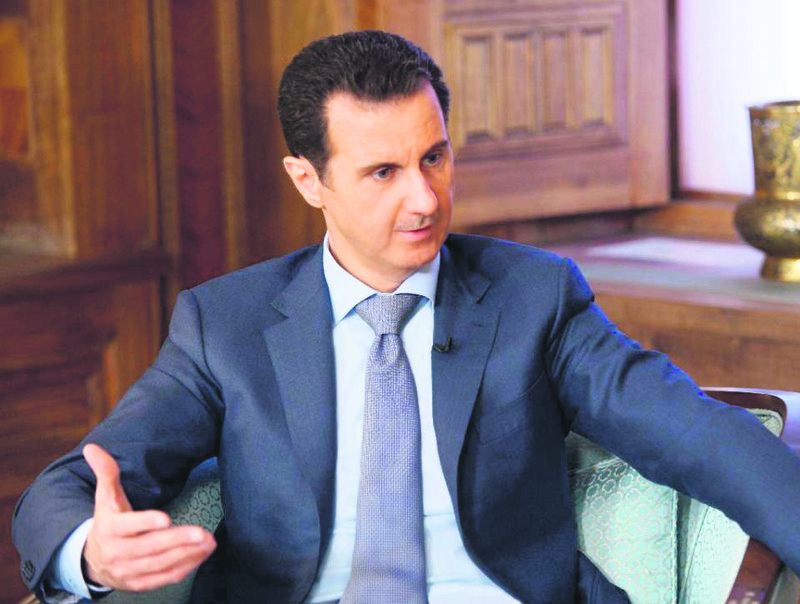 After smuggling documents out of Syria, an international organization has been building up cases against the Syrian regime, saying the existing documents are enough to indict Assad and senior members of the regime with war crimes

A three-year operation carried out by an international investigative commission to smuggle official documents out of Syria has produced enough evidence to indict Syrian President Bashar Assad and 24 members of the regime, investigators say. The Commission for International Justice and Accountability (CIJA) has focused on the government's role in the suppression of the protests that triggered the conflict in 2011 and reports that tens of thousands of detainees were tortured and killed in Syrian prisons. The CIJA has built three cases against the regime for crimes against humanity and is continuing to gather evidence against others in the regime as well as in the opposition. The CIJA told the Guardian, which first reported the issue, that the cases were largely based on government documents smuggled out of Syria by a team of 50 investigators who had risked their lives to collect the evidence that now runs to around 500,000 pages. The group claims that it is objective and does not support any party in the war as it is building up possible war crimes cases against rebel groups fighting Assad, including extremists, and has hired staff to review hours of video evidence.

"They worked with a team of 50 Syrian investigators who have carried out the dangerous task of smuggling regime documents out of the country. So far one investigator has been killed, another severely wounded and several have been detained and tortured by the regime. The commission is funded by Western states including the U.K., the U.S., the EU, Germany, Switzerland, Norway, Canada and Denmark," the Guardian reported.

The group is still working on possible war crimes committed by the regime and rebels, but it has already completed three of them. "The first focuses on the institution at the top of the regime's chain of command, the Central Crisis Management Cell [CCMC], and names, among others: Assad; Mohammad al-Shaar, the minister of the interior and Mohammed Said Bekheitan, an assistant secretary of the Baath Party and the head of the CCMC, in the first six months of the operation, from March to the end of September 2011," the Guardian reported. "The second case centers on the organ directly below the CCMC, the National Security Bureau [NSB], which includes the heads of the four main intelligence and security agencies. The third case involves the Deir ez-Zor security committee, chaired by the provincial head of the Baath Party, which also controlled the intelligence agencies in the neighboring Raqqa governorate," the Guardian said in the report.

The previous war crime probes against the Assad regime was blocked by a Russian veto in the U.N. "The U.N. commission is not concerned with individual criminal responsibility, so it is not preparing dossiers for prosecution. That's not their fault, it's just not their mandate. They have a broader brush, including social, minority and women's rights. We are focused on international criminal humanitarian law and individual criminal responsibility," the head of the CIJA, Bill Wiley, told the Guardian. Regarding the three cases Wiley said: "The big thing from the beginning was document acquisition and smuggling. That was the key."

The Arab uprisings, which euphorically swept across the Middle East and North Africa several years ago, appealed to Syrians who had lived under the dictatorship of the Assad family since 1970, when Bashar's father Hafiz Assad seized power. Since then, Syrians were forced to live in a police state that tried to control every movement, organization and business through the use of a wide-ranging intelligence services. In March 2011, Syrians were emboldened enough to raise their voice against the dictatorship. However, the regime's response was not as peaceful as the protests, and the country was subsequently dragged into a deadly civil war after opposition groups took up arms against the government. The Syrian civil war has now entered its fifth year and has caused the deaths of more than 200,000 people with at least 60,000 missing. The war has also displaced nearly 10 million people. While international and regional powers continue endless discussions, it is reported that the Syrian regime continues to use chemical weapons. About 13.6 million people, equivalent to the population of London, have been displaced by conflicts in Syria and Iraq, many without food or shelter, the U.N. refugee agency revealed. The 13.6 million include 7.2 million displaced within Syria – an increase from a long-held U.N. estimate of 6.5 million, as well as 3.3 million Syrian refugees abroad, 1.9 million displaced in Iraq and 190,000 who have left to seek safety. The vast majority of Syrian refugees have fled to Lebanon, Jordan, Iraq and Turkey. Western countries have been frequently criticized by aid agencies and the U.N. for not opening their borders to Syrian refugees, as the most developed countries have received the least number of refugees.
RELATED TOPICS