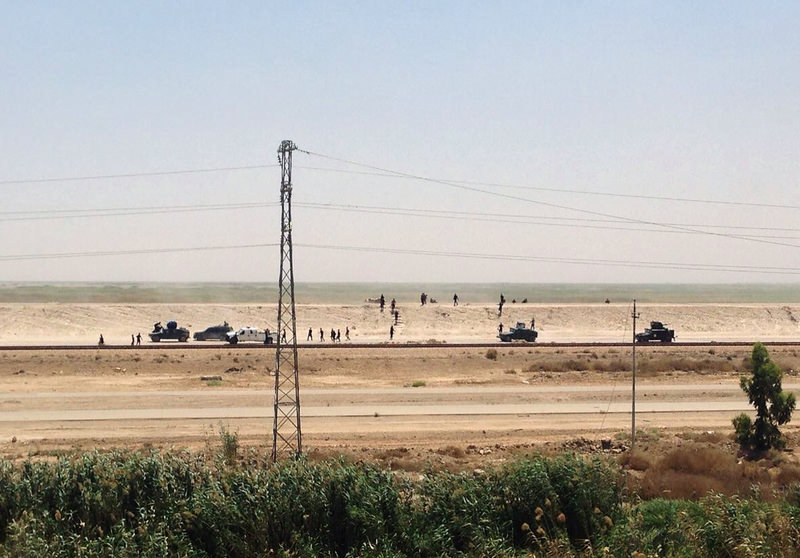 by Daily Sabah with AP May 17, 2015 12:00 am
An Iraqi official said Monday that about 500 people, including both civilians and Iraqi soldiers, are estimated to have been killed over the past few days as the Islamic State of Iraq and Sham (ISIS) captured the entire city of Ramadi on Sunday.

The estimates follow a shocking defeat as ISIS seized control of the Anbar provincial capital on Sunday, sending Iraqi forces fleeing in a major loss despite the support of U.S.-led airstrikes targeting the extremists.

"We do not have an accurate count yet," said the spokesman, Muhannad Haimour. "We estimate that 500 people have been killed, both civilians and military, and approximately 8,000 have fled the city."

The estimates are for the past three days, since Friday, when the battle for the city reached its final stages. The 8,000 figure is in addition to the enormous exodus in April, Haimour said, when the U.N. said as many as 114,000 residents fled from Ramadi and surrounding villages at the height of the violence.

Local officials have said that ISIS carried out mass killings of Iraqi security forces and civilians.

With defeat looming, Prime Minister Haider al-Abadi had ordered security forces not to abandon their posts across Anbar province, apparently fearing the extremists could capture the entire desert region.

Earlier Sunday, al-Abadi ordered Shiite militias to prepare to go into the Sunni-dominated province, ignoring U.S. concerns their presence could spark sectarian bloodshed. By late Sunday, a large number of Shiite militiamen had arrived at a military base near Ramadi, apparently to participate in a possible counter-offensive, said the head of the Anbar provincial council, Sabah Karhout.

U.S. Secretary of State John Kerry said he remained confident about the fight against ISIS, despite the setbacks like the loss of Ramadi. Kerry, traveling through South Korea, said that he's long said the fight against the militant group would be a long one, and that it would be tough in the Anbar province of western Iraq where Iraqi security forces are not built up.

Last week, the militants swept through Ramadi, seizing the main government headquarters and other key parts of the city. It marked a major setback for the Iraqi government's efforts to drive ISIS out of areas the group seized last year. Previous estimates suggested ISIS held at least 65 percent of the vast Anbar province.
Last Update: May 18, 2015 11:48 am
RELATED TOPICS