Women travelling to Turkey next on Egypt's restrictions 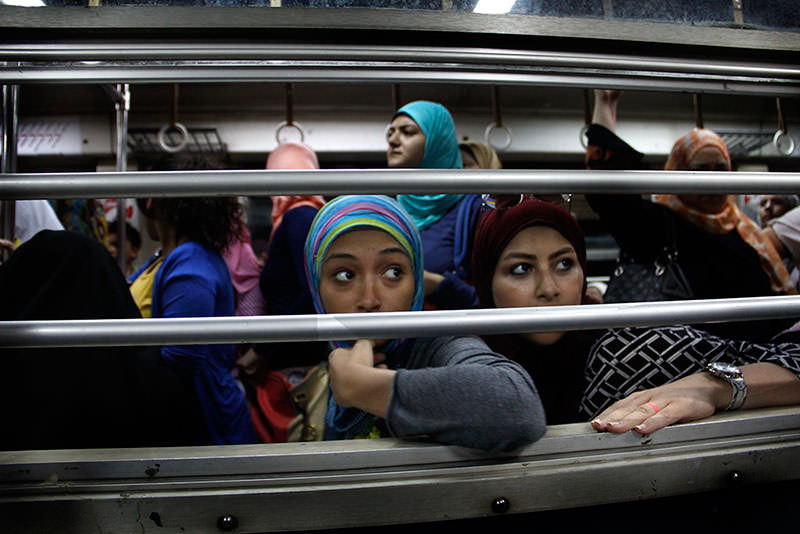 Egyptian women look from an all-female car at the Shohadaa (Martyrs) metro station in Cairo, Egypt (AP Photo)
by May 18, 2015 12:00 am
Egypt has imposed restrictions on female citizens travelling to Turkey, police said Sunday, months after introducing similar measures for men to stop them joining the Islamic State of Iraq and al-Sham (ISIS) group.

Women aged 18 to 40 are now required to obtain security clearance before going to Turkey, a senior police officer told AFP, without specifying why.

"A security clearance can be acquired within 72 hours, and it is now mandatory for women travelling to this country (Turkey)," the officer said.

The compulsory security clearance for men, introduced in December, applies to war-torn Libya as well as Turkey.