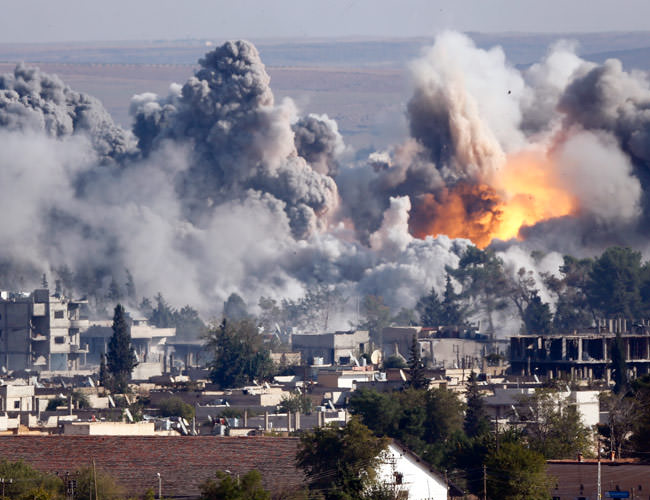 by Daily Sabah with AFP
May 19, 2015 12:00 am
Air strikes by a US-led coalition against the self-proclaimed Islamic State of Iraq and Sham (ISIS) terrorists in northeastern Syria have killed around 170 militants in the past 48 hours, a monitoring group said Tuesday.

"The militants were killed in the past 48 hours in the province of Hasakeh, nearly all of them in very intense air strikes by the international coalition which is helping Kurdish forces in the area," said the Syrian Observatory for Human Rights.