Gazans reach beyond blockade through start-up 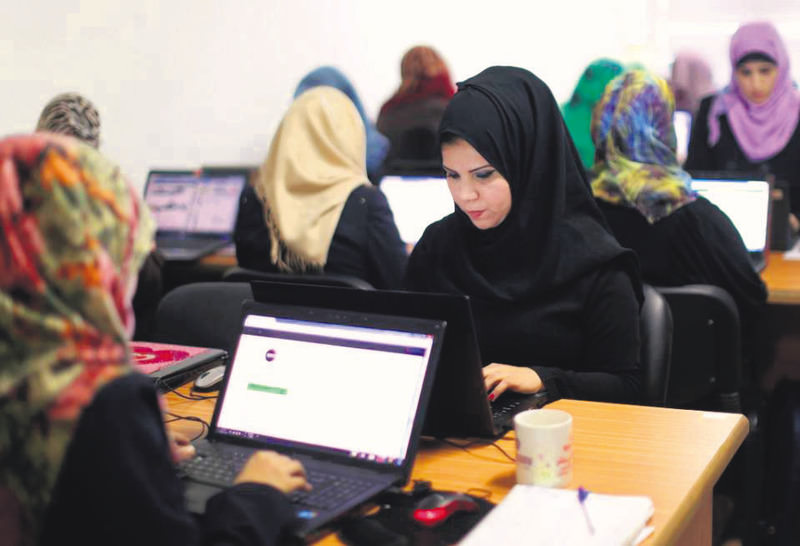 by May 21, 2015 12:00 am
Dozens of workers sit with their eyes glued to computer screens and fingers clicking away on keyboards writing code and tapping in data for clients around the globe. It could be a scene at any software firm, but these programmers are Palestinians based in the Gaza Strip, which has been under an Israeli blockade since 2006. Here we are opening a gap in the blockade and showing that Gazans are capable of achieving big things," says Saadi Luzun, 33, co-founder of Unit One, a Gaza-based outsourcing firm which also develops web and mobile applications for clients in the Gulf and Europe. Ten years ago Luzun hooked up with fellow software engineer Ahmed Abu Shaaban to form "a small start-up in a tiny room" in Gaza City. Their company now employs 89 people, most of them young women who are busily engaged in data entry inside the spacious office. "Gaza has no oil or gas but we have human resources -- plenty of young people who are just waiting to be offered an opportunity," Luzun says as he walks past rows of staffers in front of their screens. Recruiting women is a "social responsibility", says Luzun, whose next objective is to start employing people with disabilities. After three wars with Israel in the past seven years, there should be no shortage of recruits.

During last year's 50-day conflict with Israel, huge swathes of the territory were razed and around 2,200 Palestinians were killed while more than 10,000 were wounded. "Gaza is not just war, blood and bombs," says Luzun. "Gazans want to do business and not just sit around waiting for humanitarian aid." The proof, he says, is in the numbers: the last time they held a recruitment drive, they were overwhelmed with 400 applicants for 10 jobs. One young woman looking to find work at Unit One is Sadine al-Ayubi, who is about to finish her degree and is desperate to avoid the unemployment that affects more than two-thirds of young Gazans. "Most young people have a degree but they never find work," the smartly dressed 21-year-old says, holding a smartphone with a sparkly cover. For Lina, 23, who has been with Unit One for three years, the fault lies with "the political and economic situation" in Gaza, which is effectively ruled by the Hamas movement and cut off from the rest of the world by the Israeli blockade. Until last year, Palestinians were able to leave via the Rafah crossing with Egypt, but since October the frontier has been closed as Cairo struggles with a growing insurgency in the Sinai Peninsula. Last summer's war brought Gaza's already battered economy to its knees, with IMF figures showing GDP declined by about 15 percent in 2014. During the bombardment, 128 businesses and workshops were destroyed, according to the Palestinian Federation of Industries.
Last Update: May 21, 2015 9:49 pm
RELATED TOPICS