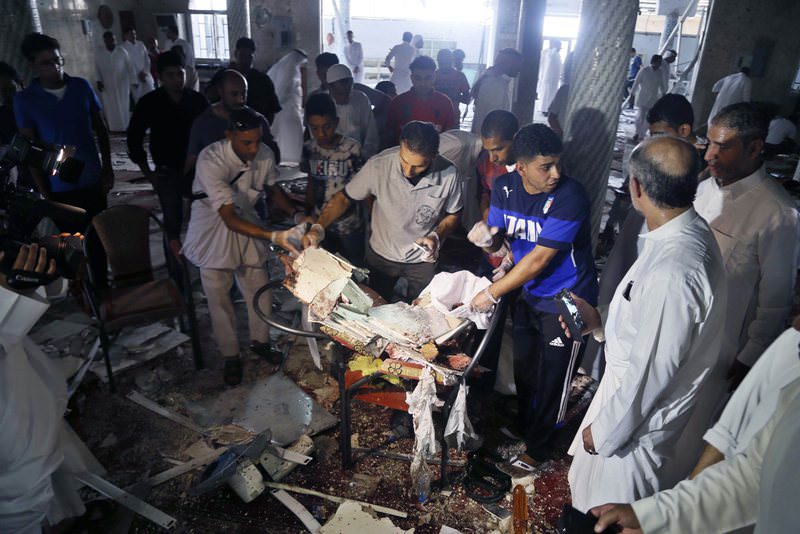 | EPA Photo
by Daily Sabah with Wires May 22, 2015 12:00 am
The Islamic State of Iraq and al-Sham (ISIS) group said in an online statement Friday that it carried out a deadly suicide bomb attack at a mosque in Saudi Arabia's predominantly Shiite Eastern Province.

The statement said "the soldiers of the Caliphate" were behind the attack by a suicide bomber "who detonated an explosives belt" in the mosque in the Shiite-majority city of Qatif.

It identified the bomber as Abu Amer al-Najdi, and published a picture of him.

On Friday, a suicide bomb attack killed at least four worshippers were and wounded others, photographs of bodies lying in pools of blood were also posted to news websites in eastern Saudi Arabia.

Shia community in Saudi Arabia accounts for between 10 to 15 percent of the total population, and is mostly based in two oasis districts of the Eastern Province - Qatif on the Gulf coast, and al-Ahsa, southwest of the provincial capital al-Khobar. Qatif and al-Ahsa have historically been the focal point of anti-government demonstrations, according to Aljazeera.
Last Update: May 22, 2015 7:52 pm
RELATED TOPICS