Obama on Iran nuclear deal: “It's my name on this” 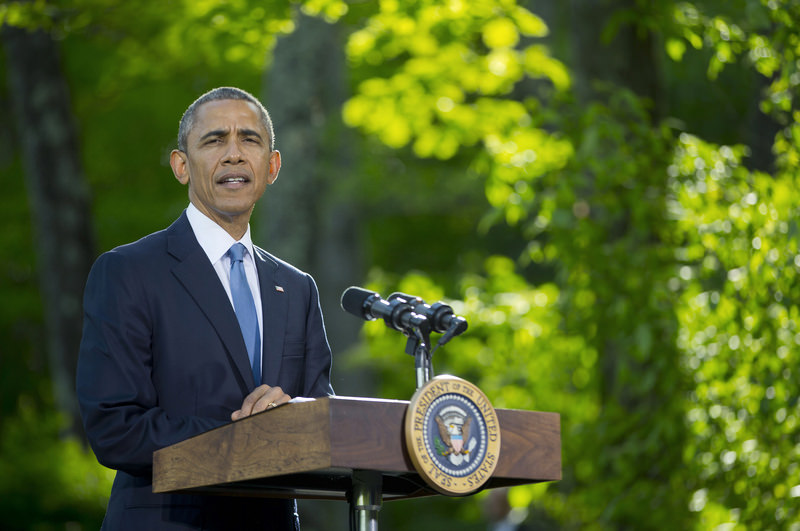 by Daily Sabah with AA May 22, 2015 12:00 am
President Barack Obama made a personal claim of responsibility for the outcome of nuclear talks with Iran in an interview published on Thursday.

"Look, 20 years from now, I'm still going to be around, God willing. If Iran has a nuclear weapon, it's my name on this," Obama said while speaking with The Atlantic magazine's Jeffrey Goldberg.

"I think it's fair to say that in addition to our profound national-security interests, I have a personal interest in locking this down," he added.

The Obama administration and other world powers are in the likely final stretch of talks with Iran on its nuclear program. Negotiators have until the end of June to agree to a comprehensive accord after they approved a framework agreement in March.

The P5+1 group of world powers, which includes the U.S, UK, Russia, China, and France plus Germany, have sought unprecedented inspections and curbs on Iran's nuclear program in exchange for sanctions relief.

Defending his ability to broker a deal with Tehran, Obama said Iran's leaders could be rational despite "deep strains of anti-Semitism."

"It is not at all contradictory to say that there are deep strains of anti-Semitism in the core regime, but that they also are interested in maintaining power, having some semblance of legitimacy inside their own country, which requires that they get themselves out of what is a deep economic rut that we've put them in, and on that basis they are then willing and prepared potentially to strike an agreement on their nuclear program," he said.

Obama has sought to assuage critics in Israel and at home that a potential deal could be used as cover for Iran to illicitly acquire a nuclear weapon, which could then by used to threaten Israel.
Last Update: May 22, 2015 2:29 am
RELATED TOPICS