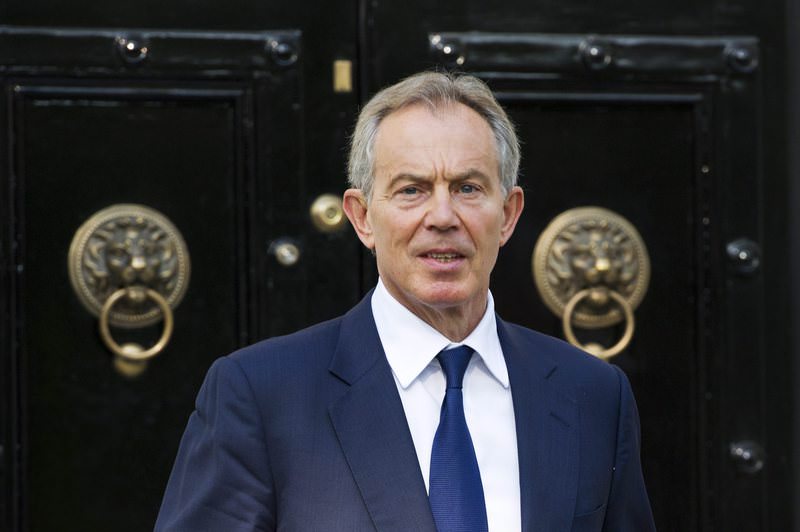 by May 27, 2015 12:00 am
Former British Prime Minister Tony Blair on Wednesday resigned as envoy of the Middle East Quartet diplomatic group after eight years in the job, his office said.

"Tony Blair has tendered his resignation in a letter to (UN Secretary General) Ban Ki-moon," a spokeswoman for Blair told AFP.
Sources said Blair would officially step down next month.

The former prime minister will continue to work with "the US, the EU and others, without any formal role" to support efforts to bring about a two-state solution and will "remain active on the issues and in the region," a source said.

Reports emerged in March that he was set to leave due to unease in Washington and Europe over his poor relations with the Palestinian Authority, although those claims were dismissed as "incorrect" by State Department spokeswoman Jen Psaki.

Blair was appointed to the unpaid position in 2007 by the informal body comprising the United Nations, United States, European Union and Russia, to lead efforts to support the Palestinian economy and institutions in preparation for eventual statehood.

Writing on his website in February after visiting the Gaza Strip still ravaged by the 50-day war last year with Israel, Blair said: "The present state of Gaza is a rebuke: to those of us in the international community who over the years have made so many promises unfulfilled; to those who have offered leadership and failed to provide it."
Last Update: May 27, 2015 8:24 pm
RELATED TOPICS