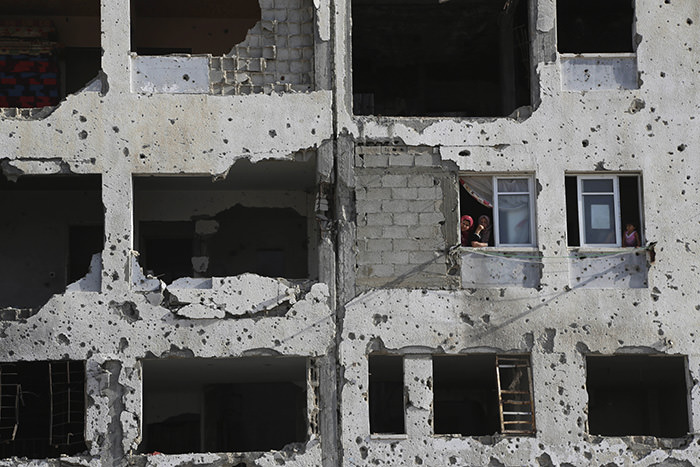 "We will hold Hamas responsible for everything that happens in the Gaza Strip and we will not tolerate any attempt to harm our citizens," he said in a statement. "We will not compromise the security of Israeli citizens and we will not accept a return to a situation of regular fire [from Gaza]."

Israel has a general policy of holding Hamas responsible for every rocket attack from the territory under its control, no matter which group actually launched it. On Wednesday night, Israeli police reported that three rockets were fired, but that patrols were searching to find where they had fallen. Israeli public radio said the latest volley could be related to internal Gaza infighting between Hamas and its extremist opponents.

Since last summer's temporary cease-fire, Israel has continued to commit violations of international law by pounding Gaza City. As a response to more than 400 incidents of Israeli fire into Gaza, only four rockets were reportedly fired into Israel, the human rights group Oxfam said.

Last summer was a disaster for the tiny coastal Gaza City in the Gaza Strip, as the Israeli air force along with troops pounded the city for weeks - the result of an accusation that Hamas launched terror attacks on Israel. During the four-week-long Gaza war, the Palestinian death toll from Israel's Gaza onslaught rose to 2,140, which were mostly unarmed civilians, according to the Palestinian Health Ministry. On the Israeli side, 73 people were killed, most of them soldiers. At least 425,000 displaced people in the Gaza Strip now live in emergency shelters, according to the U.N., and nearly 12,000 homes have been destroyed or partially damaged by Israeli air strikes, leading to worsening humanitarian conditions in
the enclave.

The EU also proposed sanctions over Israel's aggressive attitude toward the occupied Palestinian territory. The sanctions include European companies that work with Israeli businesses being prohibited from establishing buildings in Jewish settlement projects in the West Bank and in East Jerusalem.

The gap between Israel and the EU has further widened regarding Palestine's drive for statehood and the International Criminal Court (ICC) bid.
Last Update: Jun 04, 2015 4:12 pm
RELATED TOPICS