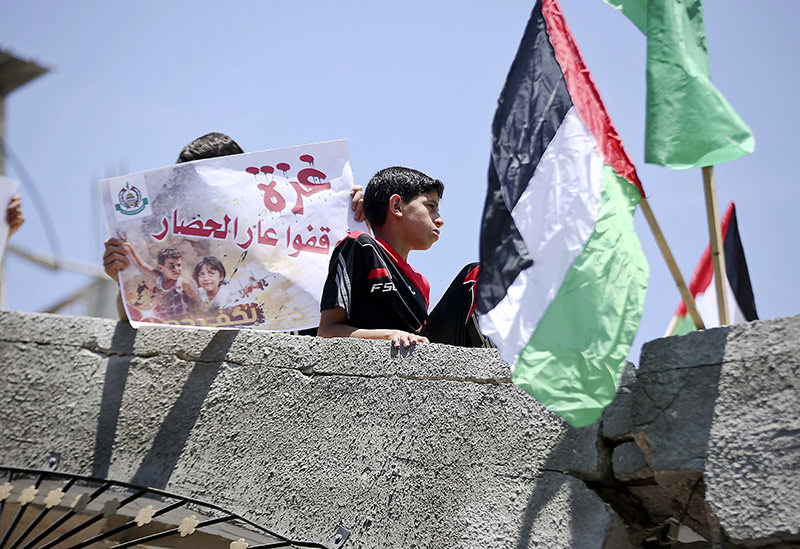 | AA Photo
by Compiled from Wire Services Jun 06, 2015 12:00 am
An Egyptian appeals court on Saturday cancelled a ruling to list the Palestinian group Hamas as a 'terrorist organisation', judicial sources said.

A court official told AFP that the earlier ruling was thrown out because the court that issued it was not "competent" to make such verdicts. The court's decision was welcomed by Hamas. "We welcome the verdict and consider it an important and positive step," Hamas spokesman Ismail Radwan told Anadolu Agency.

On Feb. 28, a lower Egyptian court had designated Hamas as a "terrorist" organization over claims that the group had carried out terrorist attacks in Egypt through tunnels linking the Sinai Peninsula to the Gaza Strip.

Hamas is an offshoot of Egypt's Muslim Brotherhood which the Egyptian authorities have declared a terrorist group and have repressed since the army ousted the country's first democratically elected President, Mohamed Morsi, in 2013.

Cairo has for many years played a central role in engineering ceasefires between neighbouring Israel and Hamas, which dominates the Gaza Strip, including a truce reached between the sides in August that ended a 50-day Gaza war.