China to not allow migrants to work on Israeli settlements 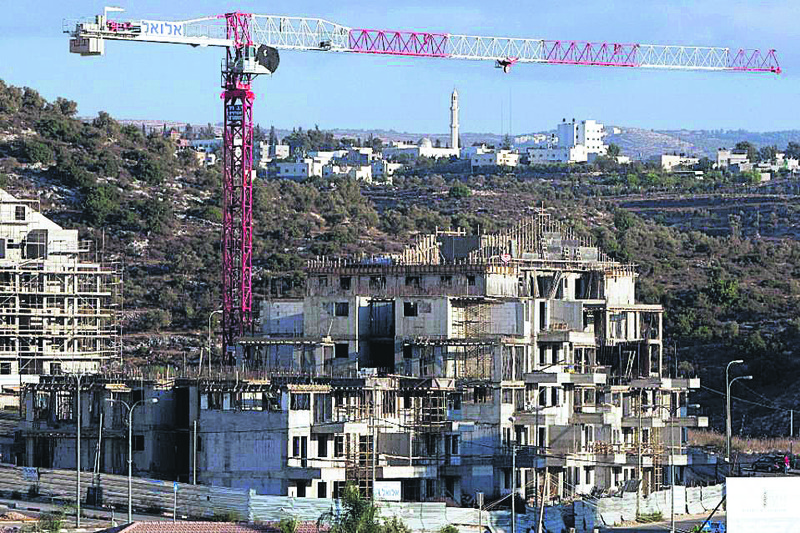 Israel is hoping to bring in thousands of foreign workers to accelerate the pace of construction in the occupied territories.
by Daily Sabah with Wires Jun 09, 2015 12:00 am

China recently declared that it will not allow migrant builders to work on settlements in the West Bank, stirring discussion of recent tensions in Israel surrounding the growing Boycott, Divestment and Sanctions movement

China has told Israel that it will not allow any of its migrant builders to work in settlements in the occupied West Bank, according to a senior official in Israeli government official.

Speaking under the condition of anonymity to Agence France-Presse, an Israeli official denied that China's decision is part of calls for economic or cultural boycotts, despite developing tensions between Israel and the growing Boycott, Divestment, and Sanctions (BDS) movement. The movement is a grassroots Palestinian boycott campaign that has had a recent number of high-profile successes in exerting economic pressure on Israel.

Referencing the West Bank, the official said: "For the moment, the talks are stumbling over several problems, including the employment of these immigrants in settlements in Judea and Samaria."

China's decision comes after a heated re-election campaign in which Israeli Prime Minister Benjamin Netanyahu pledged more developments and further Israeli construction in settlements and cabinet ministers in his new government are pushing for more building in occupied territories.

In addition to being seen as an obstacle to achieving peace with the Palestinians, construction on Palestinian land seized in the 1967 Six-Day War is considered illegal by the international community.

Stephane Richards, chief executive of the France's Orange group, a telecoms giant, said he was planning to withdraw the brand from Israel. This response came after a report accused Orange of supporting settlement activity in the occupied territories through its relationship with Partner Communications, a telecommunications company in Israel that has a license to use the Orange brand.

Furious with the statement, Israel regards Richards as bowing to pressure from the BDS movement. Richards, attempting to alleviate the anger provoked by his comments, is currently planning a trip to Israel to "clarify the misunderstanding," according to the firm's spokesman.

The tension from the Orange comments came after Britain's National Union of Students declared affiliation with and support for the BDS movement.

Israel also barely avoided expulsion from FIFA on May 29 after Palestinians withdrew a resolution calling on world football's governing body to ban their Israeli counterparts.

China's recent decision follows a series of international efforts aligning with the BDS movement, forcing Israel to respond with defensive efforts to curtail its successes.

He said in a security conference in Herzliya: "If you are thinking of boycotting Israel, keep in mind that there are tens of millions of Israel supporters around the world, Jews and non-Jews with buying power and boycott power. Whoever boycotts Israel, will be boycotted."

Similarly, Israeli Justice Minister Ayelet Shaked has made a call to counter any country or organization that wants to boycott Israel with a boycott.

"There are three things propelling the BDS movement: Classic anti-Semitism, radical Islam, and simple naivete," Shaked said in a debate on how to deal with efforts to exert economic pressure on Israel.

The BDS movement seeks to pressure Israel into complying with international law and Palestinian rights. The recent successes and commitments to the movements from international corporations have turned the discussion surrounding the boycotts into sensitive topics in Israel.
Last Update: Jun 09, 2015 2:27 am
RELATED TOPICS