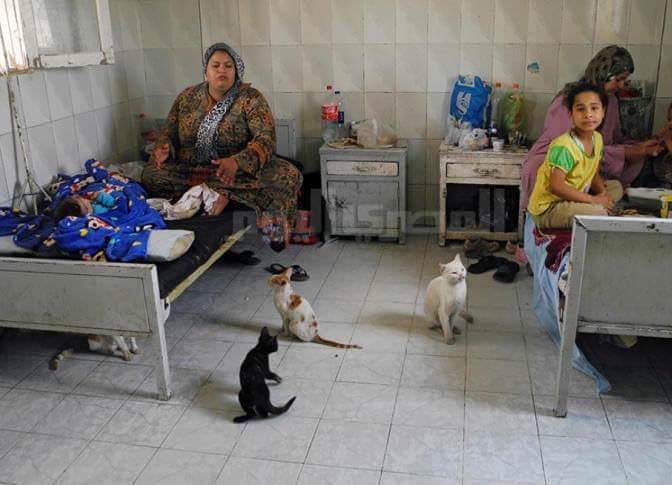 by Daily Sabah Jun 10, 2015 12:00 am
The unhealthy conditions of Egypt's hospitals have been highlighted through pictures shared anonymously by Egyptian doctors and dentists on a Facebook group.

The community-themed group, whose name translates to English as "Because if he came [earlier], he wouldn't be surprised," is administered anonymously and has quickly grown popular with roughly 284,000 likes garnered in a few days.

According to an article published in BBC news, Egyptian Prime Minister Ibrahim Mahlab paid a surprise visit to two state-run hospitals on Saturday accompanied by television cameras. He was "surprised" by the conditions of the run-down hospitals and criticized doctors and employees for allowing these conditions.

Doctors, felt degraded by Mahlab, started anonymously uploading pictures of the facilities they work in to the group to counter the blame assigned by the Prime Minister and to raise awareness of health conditions in hospitals.

Many of the pictures contain images of overflowing sewage of squat toilets, stray cats and other animals like goats and snakes roaming the halls and patients' rooms, unsanitary, rusting dental equipment, and broken infrastructure including ceilings, windows and lights.

No response from the Egyptian government or Prime Minister Mahlab has been received so far.