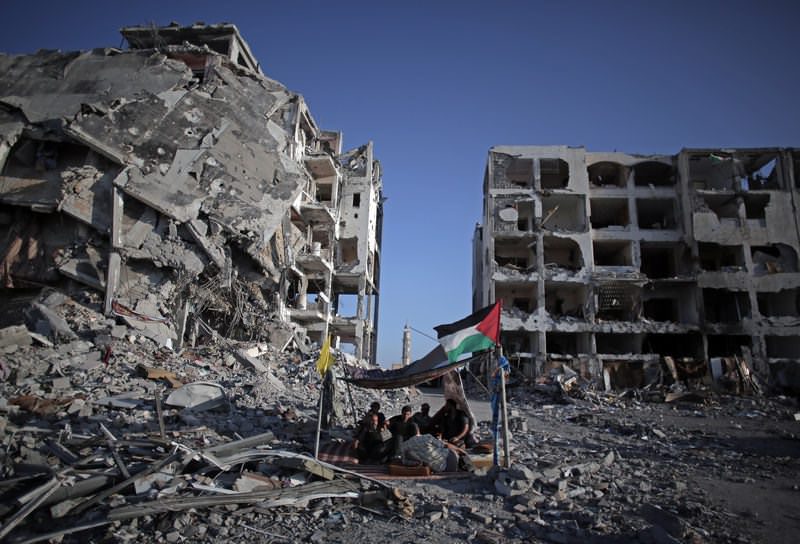 | AP Photo
by Anadolu Agency Jun 11, 2015 12:00 am
The International Criminal Court is planning to send a delegation to Israel as part of a probe into suspected war crimes committed by Israel during last summer's Gaza war, Israeli daily Haaretz reported on Thursday.

"The delegation from the prosecutor's office of the Hague-based International Criminal Court is scheduled to arrive in Israel by June 27," Haaretz quoted an official Palestinian source as saying.

"The purpose of the prosecution's preliminary examination is to determine whether there is a reasonable basis for the claim that the crimes are within the jurisdiction of the International Criminal Court," the Israeli daily added.

According to the newspaper, Russia and China promised the Palestinians to veto any U.S. proposal in the UN Security Council to delay the investigation.

In July 2014, Israel launched a weeks-long offensive into the Gaza Strip, with the stated aim of staunching rocket fire from the blockaded coastal enclave.

Over 2,160 Palestinians, mostly civilians, were killed and some 11,000 injured in the offensive, which finally ended with a cease-fire deal signed in August.