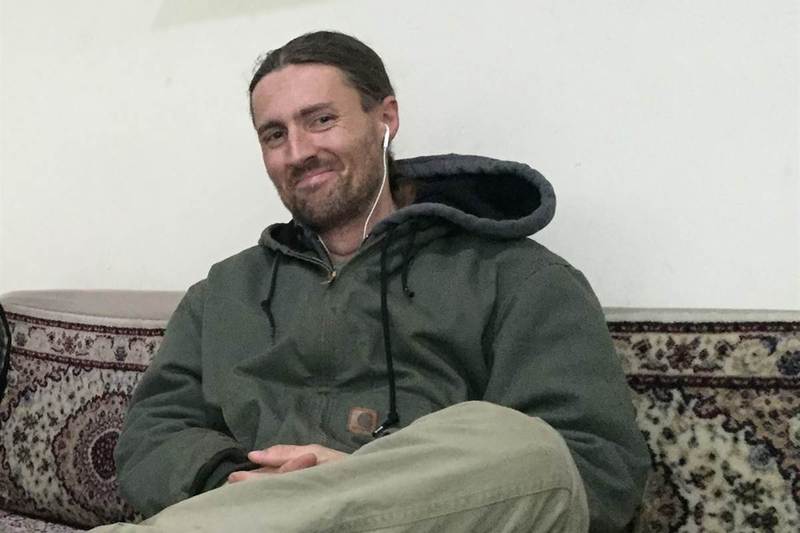 by Daily Sabah with AP Jun 12, 2015 12:00 am
A Kurdish official says the body of an American who died fighting with Kurdish forces against the self-proclaimed Islamic State of Iraq and Sham (ISIS) in Syria has been handed over to his family.

Idriss Naasan says hundreds of people turned up in the Kurdish town of Kobani to bid farewell to Keith Broomfield before his body was handed over to family at the Mursitpinar border gate with Turkey.

Broomfield, from Massachusetts, died June 3 in battle in a Syrian village near Kobani, making him the first U.S. citizen to die fighting alongside Kurds against ISIS.

It was not immediately clear who from Broomfield's family was there to receive his body on the Turkish side Thursday. Kurds in Turkey lined the road, waving flags and applauding as the convoy carrying the body drove by.

Family members spoke to the media on Thursday outside their manufacturing business in Bolton, 30 miles (50 kilometers) west of Boston. They said they hope his body will be brought back to the U.S. on Saturday.

The Britain-based Syrian Observatory for Human Rights, which keeps track of Syria's war, said more than 400 foreign fighters have joined the YPG to fight ISIS in recent months, including Europeans, Americans, Australian and thousands of Kurdish fighters from Turkey and Iran. It was not possible to independently confirm the figure.

Backed by U.S.-led coalition airstrikes, Kurdish YPG fighters in Syria have pushed back ISIS militants from Kobani and scores of nearby villages. More recently, they have closed in on the ISIS-held town of Tal Abyad, near the Turkish border. The town is the ISIS' main access point to Turkey from Raqqa, the group's de facto capital in Syria.

The fighting in the area has sent thousands of people fleeing into neighboring Turkey in recent days.
Last Update: Jun 12, 2015 2:30 am
RELATED TOPICS