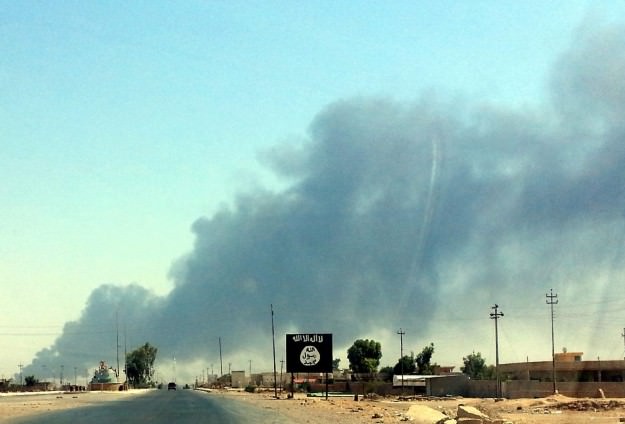 by Daily Sabah with AA Jun 12, 2015 12:00 am
Sixteen senior ISIS members have been killed and 11 others injured in an Iraqi airstrike in al-Qaem district in the western province of Anbar, the Iraqi Ministry of Interior said late Wednesday.

Colonel Saad Maen, spokesman of the Iraqi Ministry of Interior, said in a statement that the "al-Soqour intelligence cell in the ministry managed to witness a meeting of ISIS commanders in al-Qaem and coordinated with the air force to kill 16 terrorists and injure 11 others with a direct strike."

According to Maen, the casualties included commanders in charge of oil and security.

Iraqi forces, backed by Iraqi Shia militia al-Hashd al-Shaabi and Iraqi Kurdish peshmerga forces, have been fighting ISIS across Iraq over the past year.

Although ISIS has recently lost several areas of Diyala, Nineveh and Saladin provinces, it remains in control of most of Anbar province.
Last Update: Jun 12, 2015 2:20 am
RELATED TOPICS