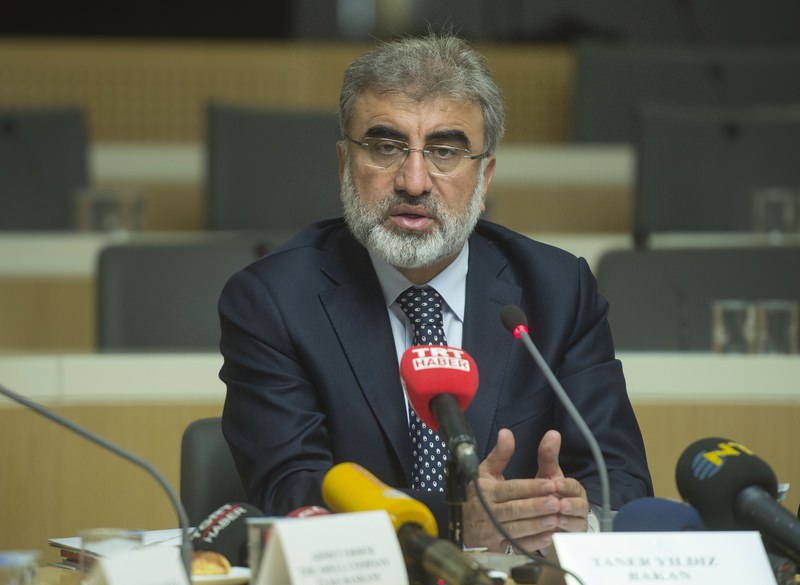 by Daily Sabah with AA Jun 15, 2015 12:00 am
Turkish Energy Minister Taner Yıldız has denied allegations that Turkey provides electricity to the self-proclaimed Islamic State of Iraq and Sham (ISIS)-controlled Syrian town of Tal Abyad in a release Monday.

A local media outlet report claimed that Dicle Electricity Distribution Company has supplied electricity to Tal Abyad from Turkey's border province Şanlıurfa, based on a statement from an anonymous company worker.

"The news regarding electricity allegedly provided from Şanlıurfa to Tal Abyad on some national and international media outlets do not reflect the truth," said Yıldız in a written statement to Anadolu Agency.

Yıldız accused media that still continued to report on the issue despite the company's denial of being malicious.

Fighting between Kurdish forces and ISIS has escalated in the last week with the help of U.S.-led coalition airstrikes, which led thousands of people to flee the region to seek refuge in Turkey.

On Sunday, Turkish authorities reopened the border after a few days of closure. The officials have confirmed that a total of 2,800 Syrian refugees have crossed into Turkey through the southern Akçakale border gate on Sunday, and a further 1,601 have been accepted on Monday into Turkey, according to AFAD's statement.
Last Update: Jun 16, 2015 12:02 am
RELATED TOPICS