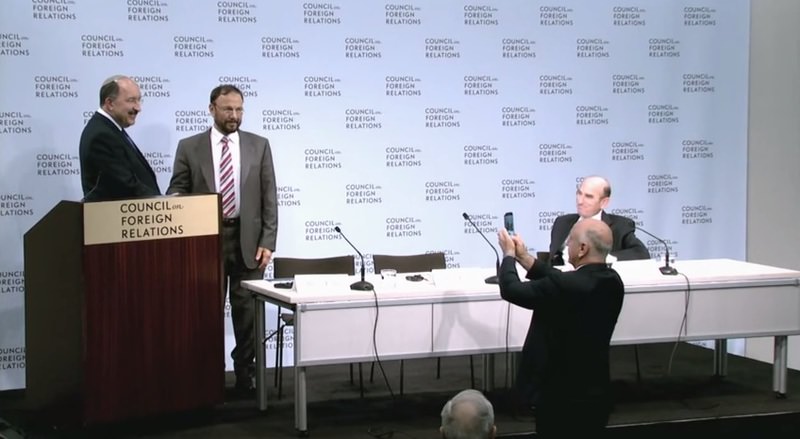 by Daily Sabah Jun 16, 2015 12:00 am
Anwar Eshki, the former consultant of the Saudi Prince and Ambassador in the U.S., Bandar bin Sultan, revealed a plan for the future of the Middle East that depends on establishing Great Kurdistan on Turkish, Iranian and Iraqi lands, and reaching peace with Israel during his speech in a conference of Council on Foreign Relations (CFR) in Washington.

Eshki said, "We aim to reach peace between Arabs and Israel." He continued, "And to establish Great Kurdistan in order to restrict the Iranian, Turkish, and Iraqi ambitions in the region. Great Kurdistan is to seize one third of the lands of each of these three countries."

Eshki's astounding remarks came at a conference titled "Regional Challenges and Opportunities: The View from Saudi Arabia and Israel" held by the CFR. The Israeli party was represented by Israeli diplomat Dore Gold, who was appointed as the Director-General of Israel's Ministry of Foreign Affairs by the Netanyahu government in May 2015.

The meeting of Council on Foreign Relations gathered Israeli and Saudi politicians to discuss the future of Middle East and Iranian issue in Washington on June 4.

Anwar Eshki currently works as the owner of the Middle East Center for Strategic ane Legal Studies in Jeddah.

Here's the full video of the conference, in which Eshki's remarks can be heard in the 13th minute in Arabic.