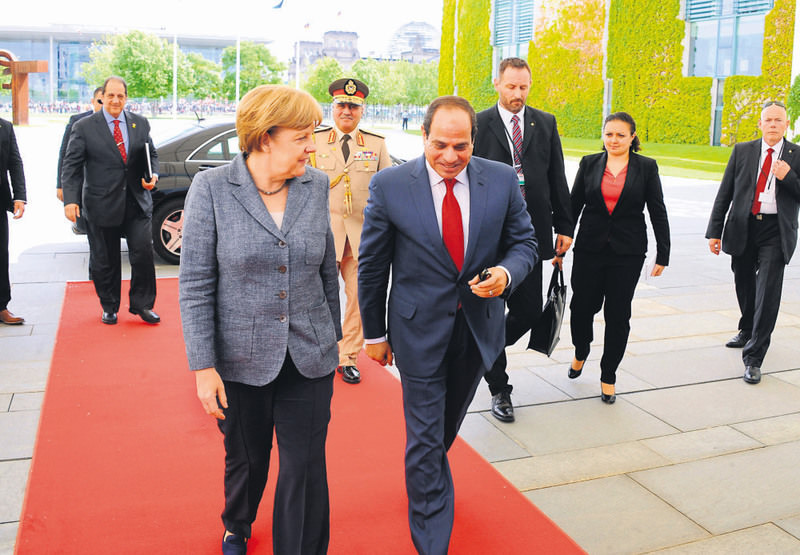 After remaining silent during and after the military coup that overthrew the democratically elected president in Egypt, the international community, including the U.S. and the U.N., expressed their concerns over the death sentence

International actors that were silent while the coup overthrew Egypt's first democratically elected president, Mohammed Morsi, in 2013, issued statements on Wednesday condemning his death sentence. The U.S. administration, which had remained silent during the coup, has announced that the U.S. is "deeply concerned" over what it called a "politically motivated" death sentence against Morsi, White House spokesman Josh Earnest said on Tuesday.

The United Nations Secretary-General Ban Ki-moon has also voiced his concern over the death sentence against the deposed Egyptian President Mohamed Morsi and more than 90 others over a mass jail break during the country's 2011 uprising. "The United Nations is against the use of the death penalty in all circumstances," Ban's press office said in a statement. "The Secretary-General is concerned that such verdicts, handed down after mass trials, may well have a negative impact on the prospects for long-term stability in Egypt."

The sentences were part of a crackdown launched after an army takeover stripped Morsi of power in 2013 following a military coup lead by the current President Abdel Fettah al-Sissi. Despite his poor human rights record, in addition to leading a military coup that deposed a democratically elected president, the leaders of world powers have continued to stand shoulder to shoulder with Abdel Fettah al-Sissi.

After U.S. President Barack Obama's meeting with Egyptian President Abdel-Fattah el-Sissi last September, German Chancellor Angela Merkel also met the former general, who came to power after toppling Egypt's first elected president Mohammed Morsi in an organized military coup in July 2013. The meeting between Germany's Chancellor Merkel and the President Joachim Gauck – the leaders of a country claimed to be among the leading democracies – with Egypt's el-Sissi on June 2, sparked protests among those rallying against the Egyptian court's death penalty handed down to the country's first democratically-elected President Morsi and more than 100 members of the Muslim Brotherhood. Merkel's meeting with el-Sissi was harshly criticized by Germany's Left Party and international human rights organizations including Human Rights Watch and Amnesty International. The rights groups pressed Merkel to demand a suspension on the death penalty and the immediate and unconditional release of all prisoners detained in what they deem to be politically motivated trials. "The state visit of el-Sissi is a blow to all who stand up for human rights," the Left Party's Christine Buchholz said in a statement released on June 2.

On Sept. 24, 2014, the United Stated President Barack Obama met with el-Sissi in New York, to strengthen bilateral relations, particularly regarding the U.S. security policy in the Middle East. Obama's meeting with the ex-general el-Sissi, similar to Merkel's, was also criticized by the international human rights group. Obama's meeting with el-Sissi was criticized by Human Rights Watch in a statement released on Sept. 24, 2014. "President Obama shouldn't let el-Sissi's first visit to the U.N. look like a return to business as usual," Sarah Leah Whitson, Middle East and North Africa director said, the group's website reported. "Egypt's authorities have gotten away with crushing dissent by lethal force, and they are betting that invoking terrorism as an excuse will make the U.S. look the other way," the group added.

Abdel-Fattah el-Sissi headed the bloody military coup that ousted Egypt's first democratically elected president, Morsi on July 3, 2013. After el-Sissi took power, security forces targeted the political protestors standing against the coup. The protestors were either killed or arrested. Furthermore, Morsi was put on trial for various alleged charges and the Muslim Brotherhood was declared as a terrorist organization by the Egyptian court. Since the coup, thousands of other Egyptians have been put in prison for supporting former President Morsi. Many journalists, academics and supporters of democracy have been detained and held in military facilities. Many of those who were jailed have died in custody as a result of mistreatment.

After el-Sissi took power, the international community voiced its concern weakly against the human rights violations, mass death sentences, arbitrary detentions and the suppression of all opposition groups by the el-Sissi rule, despite the repeated warnings of rights groups. Moreover, the U.S. did not condemn the mass killing of people in Egypt as happened in Rabaa Square in 2013. The systematic and widespread killing of at least 817 demonstrators by Egyptian security forces in July and August 2013 probably amounts to crimes against humanity, Human Rights Watch (HRW) said in a report, released last August. "In Rabaa Square, Egyptian security forces carried out one of the world's largest killings of demonstrators in a single day in recent history," said Kenneth Roth, executive director of HRW. The Cairo administration shook the world frequently last year as Egyptian courts sentenced hundreds of people to death and to life in prison. A recent report by the Egyptian Center for Economic and Social Rights, a local NGO, said that more than 41,000 Egyptians had been subject to prosecution since Morsi's ouster.
Last Update: Jun 17, 2015 10:08 pm
RELATED TOPICS