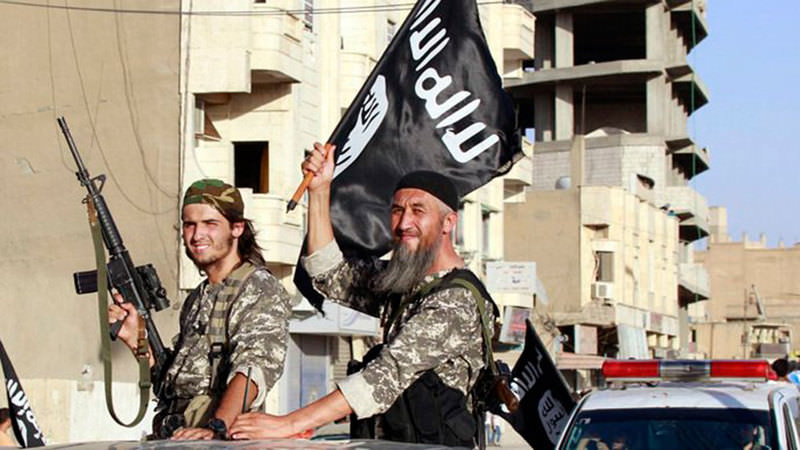 by Associated Press Jun 25, 2015 12:00 am
After attacking northern Syrian town of Kobani on Wednesday, the self-proclaimed Islamic State of Iraq and Sham (ISIS) militants also attacked government-held neighborhoods in the predominantly Kurdish northeastern city of Hassakeh on Thursday morning, capturing several areas of the city, officials and state media said.

The attack came after the ISIS group suffered several setbacks in northern Syria against Kurdish forces over the past weeks. The city of Hassakeh is divided between Bashar Assad's forces and Kurdish fighters.

Redur Khalil, a spokesman for the outlawed-PKK affiliated Kurdish People's Protection Units, or YPG, said ISIS militants attacked government-held neighborhoods on the southern edge of Hassakeh, and captured some areas.

Syrian state TV reported intense clashes inside Hassakeh's southern neighborhood of Nashawi. According to the report, ISIS fighters killed several people they captured in the city, including the head of a military housing institution. It said the militants sustained many casualties, including the commander of the group who is a foreign fighter.

ISIS tried to storm the city earlier this month and reached its southern outskirts before facing strong resistance from Syrian government troops who pushed them away.

Also Thursday, ISIS staged a new attack on the Kurdish town of Kobani, which famously resisted a months-long assault by the Islamic militants. The attack involved a suicide car bombing that wounded scores.

"A group of fighters deployed in some areas of Kobani. We are defending a position now," Ghalia Nehme, a commander with the Kurdish Women's Protection Units, told The Associated Press by telephone from inside the border town.

After months of bloody street fighting, the Kurdish forces in Kobani, which lies along the Syria-Turkey border, succeeded in pushing out ISIS militants earlier this year. That was a landmark victory against the ISIS, enabled in part by U.S.-led coalition airstrikes.