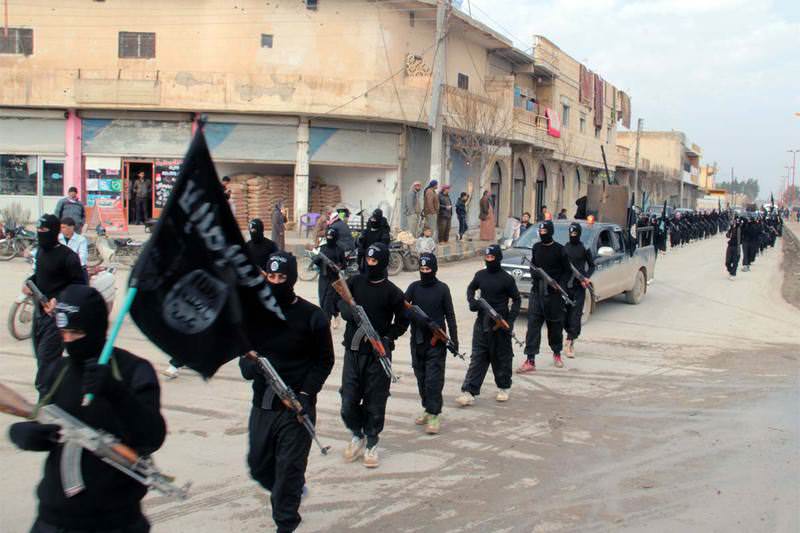 by Daily Sabah with Wires Jul 01, 2015 12:00 am
The self-proclaimed Islamic State of Iraq and Sham (ISIS) insurgents threatened on Tuesday to take control of the Gaza Strip, accusing Hamas, the organisation that rules the Palestinian territory, of being insufficiently stringent about religious enforcement.

The video statement, issued from an ISIS stronghold in Syria, was a rare public challenge to Hamas, which has been cracking down on fighters in Gaza who oppose its truces with Israel and reconciliation with the U.S.-backed rival Palestinian faction Fatah.

"We will uproot the state of the Jews and you and Fatah, and all of the secularists are nothing and you will be over-run by our creeping multitudes," said a masked ISIS militant in the message addressed to the "tyrants of Hamas".

"We swear that what is happening in the Levant today, and in particular the Yarmouk camp, will happen in Gaza," he said, referring to ISIS advances in Syria, including in a Damascus district founded by Palestinian refugees.

ISIS has also taken over swathes of Iraq and has claimed attacks in Egypt, Libya, Tunisia and Yemen.

Hamas is a Palestinian resistance faction deemed a terrorist group by Israel, the United States and the European Union, and viewed by neighboring Arab power Egypt as a regional security threat. Hamas' struggle against ISIS-linked militants has not won sympathy abroad.

Israel's intelligence minister, Israel Katz, accused Hamas on Tuesday of partnering with ISIS affiliates in the Egyptian Sinai - a charge long denied by the Palestinian group.

"There is cooperation between them in the realm of weapons smuggling and terrorist attacks. The Egyptians know this, and the Saudis," Katz said in a Tel Aviv conference organised by the Israel Defense journal.