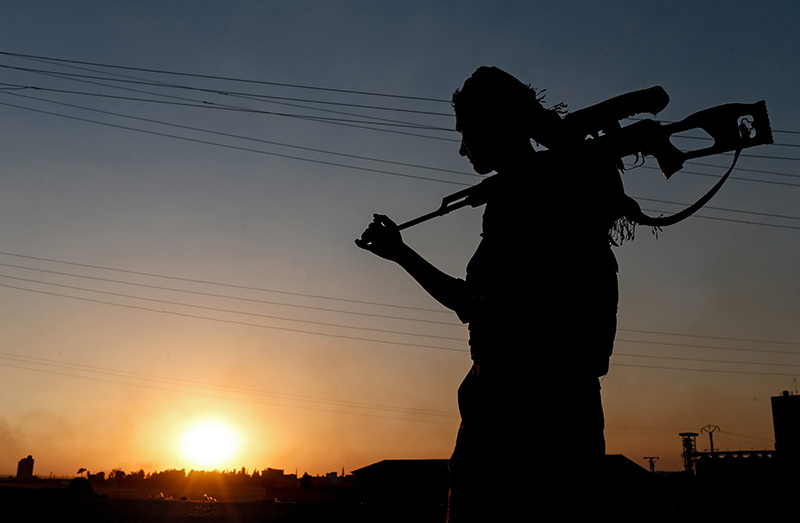 He said at least three fighters of the Kurdish YPG and four ISIS terrorists were killed in clashes on Wednesday.

YPG spokesman Redur Khalil confirmed that the town had been secured.

"The ISIS group that entered the Mashur al-Fawqani district... was eliminated completely and expelled from the area," he told AFP.

He said three ISIS fighters had been killed in the fighting, and a fourth died detonating an explosive belt.

Tal Abyad, on the border with Turkey, was formerly an ISIS stronghold and served as a key conduit for the group to bring in weapons and fighters, and export black market oil.

But just over two weeks ago, Kurdish forces, backed by Syrian rebel allies and US-led air strikes, seized the town from the terrorist group.

ISIS forces launched a surprise attack against the town on Tuesday, overrunning the Mashur al-Fawqani district in heavy fighting.

But by late Wednesday morning, the town was back under full Kurdish control, the Observatory said.

Last week, passing through the northern Syrian town of Jarablous wearing uniforms resembling those of Kurdish forces, militants of the terrorist Islamic State of Iraq and al-Sham (ISIS) once again advanced into Kobani on Thursday after being driven from the area by the PKK-affiliated Democratic Union Party's (PYD) armed People's Protection Units (YPG) at the end of January. The attacks were launched at three different points, killing at least 146 people and leaving a 100 others wounded in five explosions according to an activist monitoring group, making it the second-biggest massacre in Syria.

Elsewhere in Syria, a government air raid on a rebel-held district of second city Aleppo on Tuesday evening killed at least 11 people, the Britain-based group said.

In the northeastern city of Hasakeh, troops and militia battled to expel ISIS fighters from districts of the provincial capital they seized last week.

Government aircraft carried out strikes on ISIS positions in the south of the city on Wednesday, while the terrorists detonated at least two car bombs, the Observatory said.