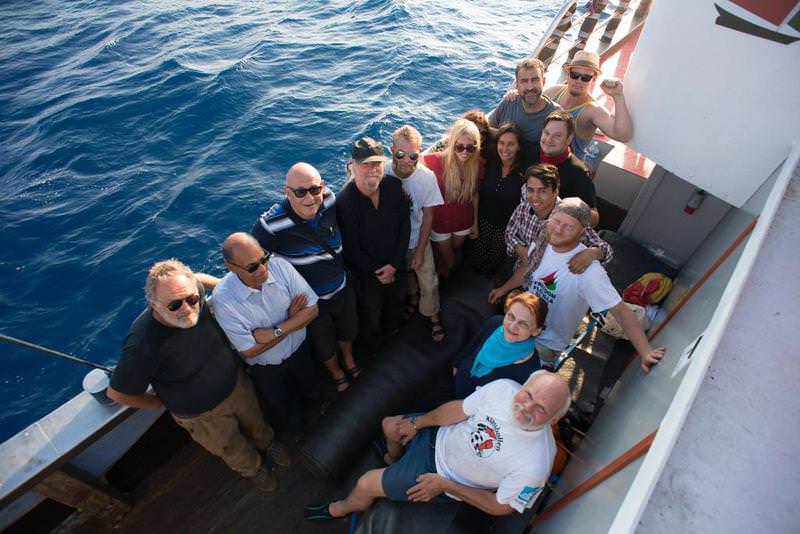 by Daily Sabah with AA Jul 02, 2015 12:00 am
Pro-Palestinian activists on Wednesday called for the release of those detained by Israel after their aid ship was intercepted on its way to Gaza.

The Freedom Flotilla Coalition said the activists seized from the Marianne of Gothenburg were being held "illegally" at Givon prison in Ramla.

"It has been more than 50 hours since the Israeli navy attacked the Marianne in international waters, 100NM [nautical miles] from Gaza," the group said in a statement.

The vessel was captured by the Israeli navy while on a humanitarian mission to the Palestinian enclave, which has been under Israeli blockade since 2007.

"We demand the immediate release of the activists Israel has held hostage and [the] return of the Marianne," the coalition said.

According to the statement, 18 activists were arrested and taken to Ashdod navy base.

Last summer more than 2,100 Palestinians were killed during an Israeli bombardment of the enclave, according to the UN.

Gaza Strip has been under illegal blockade enforced by the Israel Defense Forces (IDF) since 2007. In 2010, Israeli military raided the First Flotilla in international waters and killed nine Turkish activists.
RELATED TOPICS