Syria to UN: barrel bomb attacks none of your business 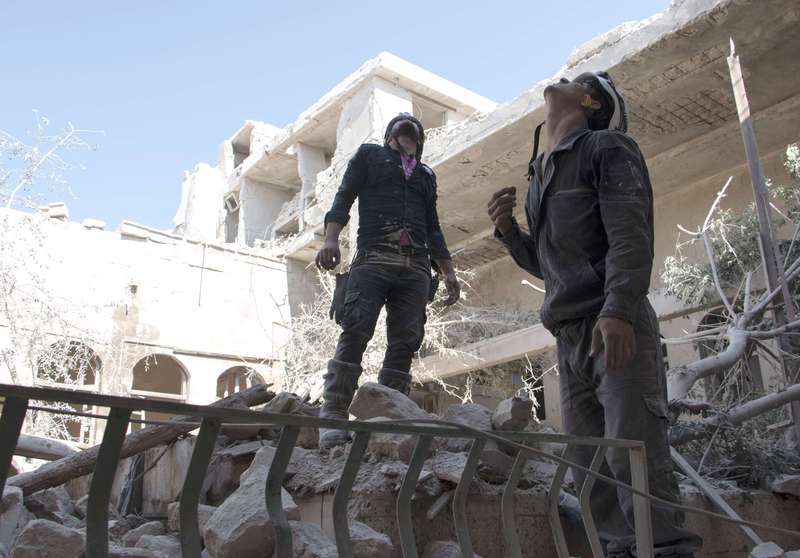 | AFP Photo
by Jul 02, 2015 12:00 am
Syria on Thursday responded harshly to the United Nations Human Rights Council's resolution which condemned the country's strategic aerial bombing by saying that the barrel bombs were a "technical" issue that was none of UN's concern.

The United States and 10 European and Arab countries backed the resolution decrying the use of chemical weapons such as chlorine gas and the Syrian authorities' use of cluster munitions, ballistic missiles and barrel bombs.

Syrian Ambassador Hussam Eddin Aala said critics of Damascus were hypocrites who were supporting the "terrorists" on Syrian soil and said their resolution was selective and biased.

He said trying to involve the Geneva-based Council in their own political agendas "by using fabricated pretexts such as the humanitarian situation and the so-called use of explosive barrels is a conduct that detracts from the Council's credibility and seriousness - pushing (it) to intervene in technical issues".

British Ambassador Julian Braithwaite, who introduced the resolution, said the text had been the subject of extensive consultations and urged all the warring sides to respect human rights, end the violence and uphold international law.

The resolution was carried by 29 votes to six, with 12 abstentions.

One of those voting against was Syria's ally Russia, whose representative Anatoly Viktorov, director-general for humanitarian affairs and human rights at the foreign ministry, said it was "yet another anti-Syrian initiative in the Council".

Militants from the self-proclaimed Islamic State and al-Sham (ISIS) and the Al Nusra Front groups are the biggest problems in Syria, he said. The resolution should reflect that and call on the Syrian government and moderate opposition to "combat the extremists", he added.

Earlier this month Russia backed a unanimously-adopted statement at the U.N. Security Council in New York, which condemned the indiscriminate use of aerial bombardments and barrel bombings against civilians.

The Syrian conflict, now in its fourth year, has killed more than 220,000 people. Of the country's roughly 23 million people, some 12.2 million are in need of humanitarian aid, including 5 million children.