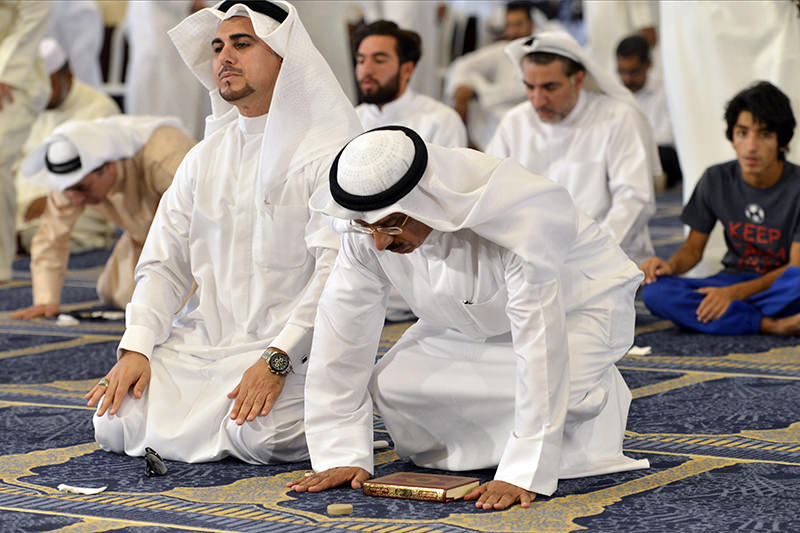 Sunni and Shiite worshippers attend joint Friday prayers at the Grand Mosque in Kuwait City on Friday, July 3, 2015, one week after a suicide attack by an Islamic State sympathizer on Shiite worshippers (AP Photo)
by Anadolu Agency Jul 03, 2015 12:00 am
Kuwaitis, both Sunni and Shia, attended Friday prayers together at the Grand Mosque in Kuwait, in a move to display unity one week after a deadly blast ripped through a Shia mosque in the capital.

The emir of Kuwait Sheikh Sabah Al-Ahmad Al-Jaber Al-Sabah and other security officials were present.

The suicide attack had targeted the Imam Sadiq Mosque last Friday, leaving 27 people dead and injuringÂ over 100 others.