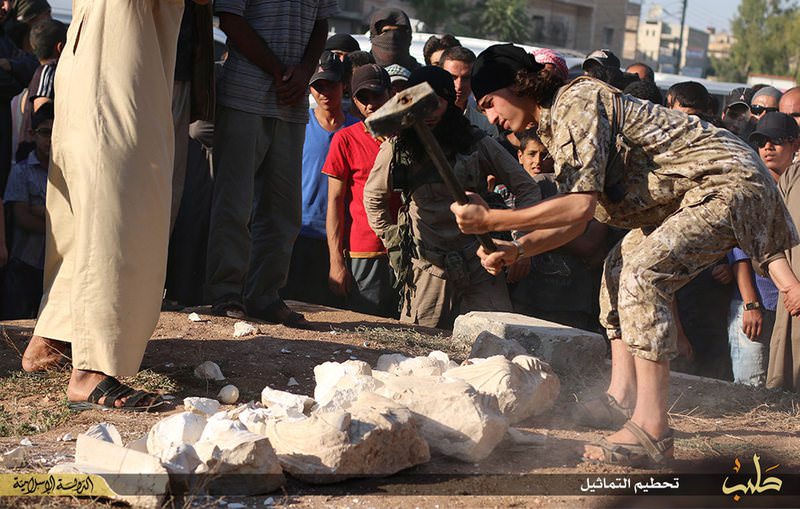 | AP Photo
by Associated Press Jul 04, 2015 12:00 am
The self-proclaimed Islamic State of Iraq and al-Sham (ISIS) terrorist group released a statement late Thursday stating that it has destroyed six archaeological artifacts from the ancient town of Palmyra that were found when a smuggler was stopped at a checkpoint.

The issue was referred to an allegedly Islamic court in the northern Syrian town of Manbij, which ordered that they be destroyed and the man be whipped.

Photographs released by the group showed ISIS militants destroying the six busts with large hammers. Another photo showed the smuggler being whipped.

The Britain-based Syrian Observatory for Human Rights said on Friday it was unclear if the busts were authentic or if the militants destroyed fake busts as a cover for ISIS's own antiquities smuggling.

While there is no firm evidence of the amount of money being made by the terrorist group from looting antiquities, satellite photos and anecdotal evidence confirm widespread plundering of archaeological sites in areas under ISIS control. 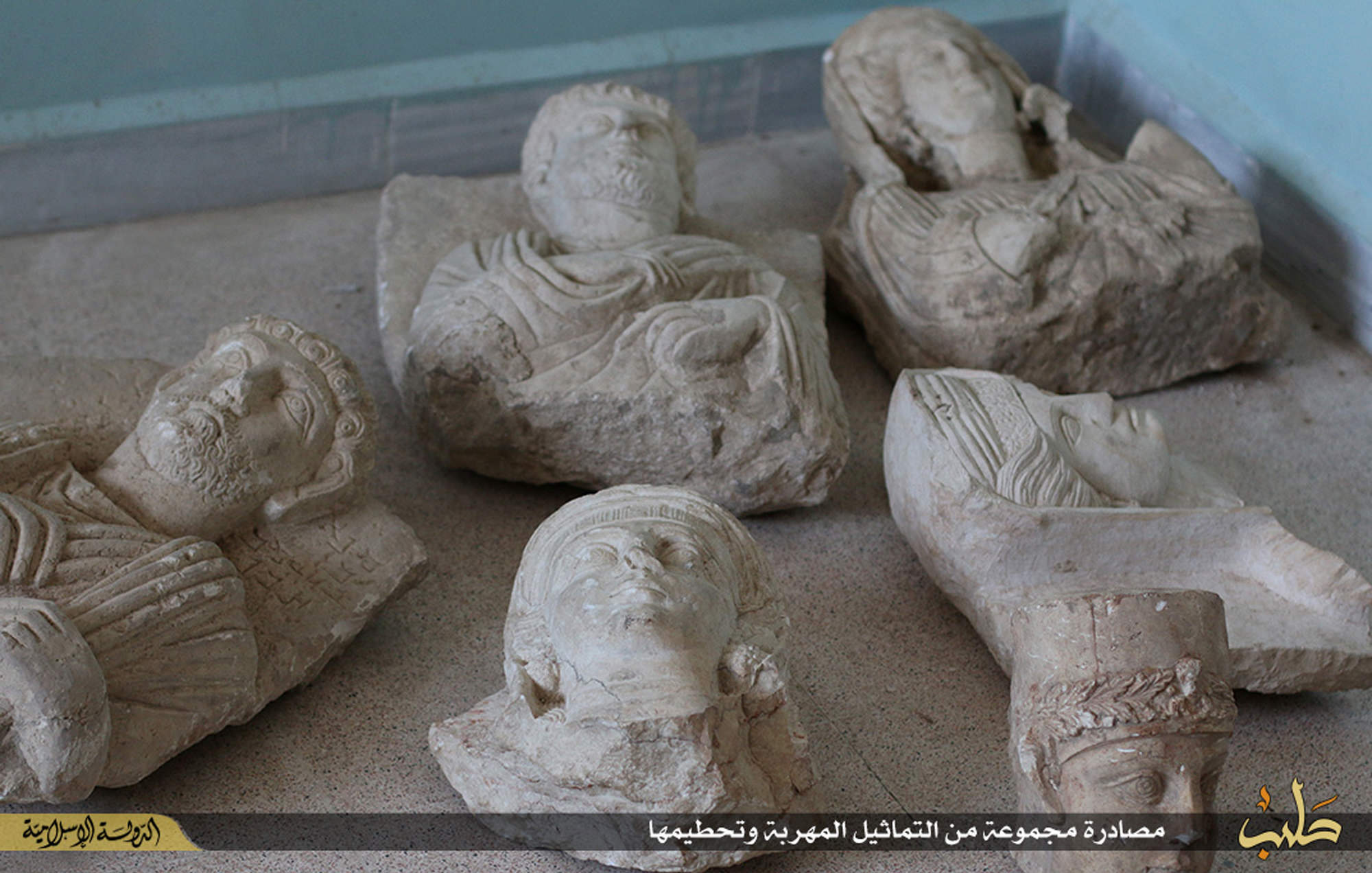 ISIS captured the historic Syrian town of Palmyra in May from government forces. Many fear that the group will damage the town's archaeological sites as they did in neighboring Iraq earlier this year.

Palmyra's UNESCO world heritage site is famous for its 2,000-year-old Roman colonnades, other ruins and priceless artifacts. Before Syria's conflict began in 2011, tens of thousands of tourists visited the remote desert outpost, a cherished landmark referred to by Syrians as the "Bride of the Desert."

The terrorists, who have imposed a perverted interpretation of Shariah (Islamic law) in the territories they control in Syria and Iraq, believe ancient relics promote idolatry.

ISIS militants also recently destroyed a lion statue dating back to the second century in Palmyra, said Maamoun Abdulkarim, the head of the Syrian government's Antiquities and Museums Department.

He said the statue, discovered in 1977, had stood at the gate of the town's museum, and had been placed inside a metal box to protect it from damage.