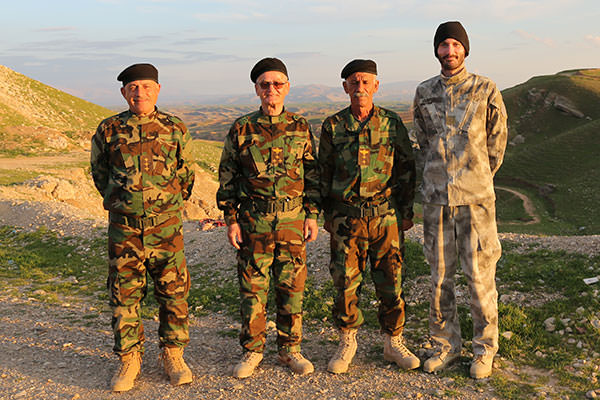 SOLI has been aiming is to assist Iraqi Christians in the creation of the Nineveh Plain Protection Units (NPU), a military force in the Nineveh Plain in Iraq's Nineveh Governorate to the north and east of the city Mosul, to fight against the self-proclaimed Islamic State in Iraq and al-Sham (ISIS) since 2014.

The non-profit company was founded by Matthew VanDyke, a documentary and film maker, who also fought among the forces that overthrew Libya's Muammar Gaddafi in 2011 as a foreign fighter.

SOLI and the NPU has received authorization from the Peshmerga and the Kurdistan Regional Government (KRG) to train Christian NPU soldiers, including forming an official military base, the Manila Training Center, near Chamchamal, Iraq in January 2015. The group assists and trains the Iraqi Christian and Yazidis in their fight against ISIS.
Last Update: Jul 05, 2015 1:27 pm
RELATED TOPICS