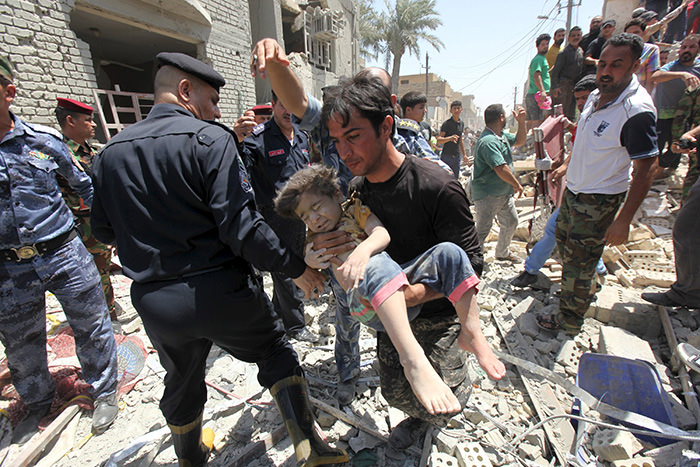 The Sukhoi jet had been taking part in an air strike against Islamic State militants, Iraqi television said. One of its bombs failed to detach from the plane during the mission then fell as the plane was returning to base.

Police in the Ni'riya neighborhood of eastern Baghdad put the death toll at five, although some residents said seven people died. A crowd gathered at the site after the explosion, picking through twisted metal and concrete rubble as an ambulance tried to take the wounded to hospital.

Iraqi troops and jets, backed by mainly Shi'ite Muslim Hashd Shaabi fighters on the ground and a U.S.-led air coalition, have been battling the self-proclaimed Islamic State in Iraq and al-Sham (ISIS) militants who control much of the west and north of the country.

Hashd Shaabi fighters and army troops cut off a supply route on Sunday out of the city of the ISIS-controlled city of Falluja, west of Baghdad. The group has also stepped up attacks against government forces in recent days.