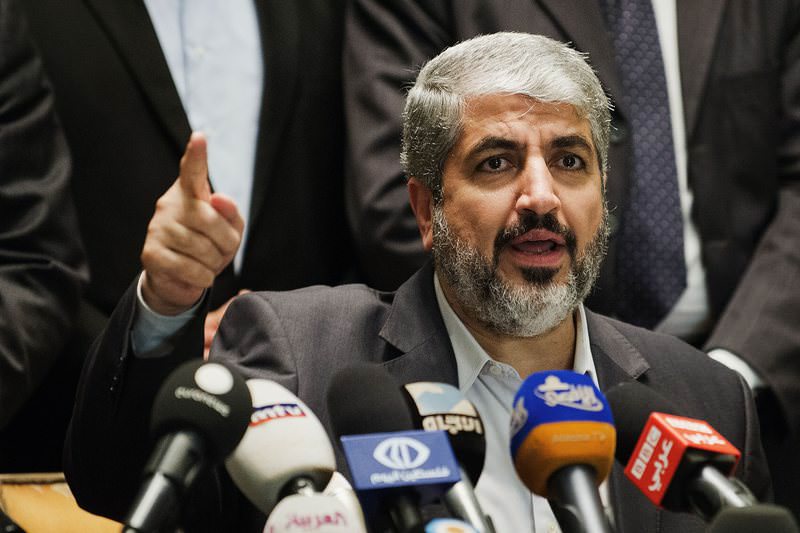 by Daily Sabah with Reuters Jul 17, 2015 12:00 am
Hamas leader Khaled Meshaal and other top officials from the Palestinian group met with Saudi Arabia's King Salman and senior Saudi leaders on Friday, a Hamas source said, in the first meeting between the two sides for years.

The meeting brought together top members of Hamas political wing with the Saudi king, crown prince and defence minister in a possible rapprochement between the kingdom and the resistance group.

"The delegation discussed Palestinian unity and the political situation in the region. This meeting will hopefully develop relations between Hamas and Saudi Arabia," the source told Reuters.

Hamas is an organization founded in 1987 that aims to free Palestinian territories from Israeli occupation and has governed the Gaza strip since 2007.

The group was jolted by the Syrian civil war started in 2011 after Iran withdrew its support for the group after Hamas openly distanced itself from the Alawite-dominated regime of Bashar al-Assad, an important ally for Tehran in the region.

Much of Hamas's senior leadership decamped to Qatar, but the gas-rich state was under pressure from fellow Gulf Arab countries to reduce its support for the Muslims Brotherhood and Hamas.

Relations between Hamas and Saudi Arabia have improved since Salman assumed the Saudi throne in January and the kingdom has taken on a newly assertive posture in the region.

Saudi Arabia has led an Arab military intervention in Yemen and is fiercely opposed to what it views as Iranian encroachment in the Arab world, despite a deal agreed this week between Tehran and world powers over its disputed nuclear programme.
Last Update: Jul 17, 2015 6:39 pm
RELATED TOPICS