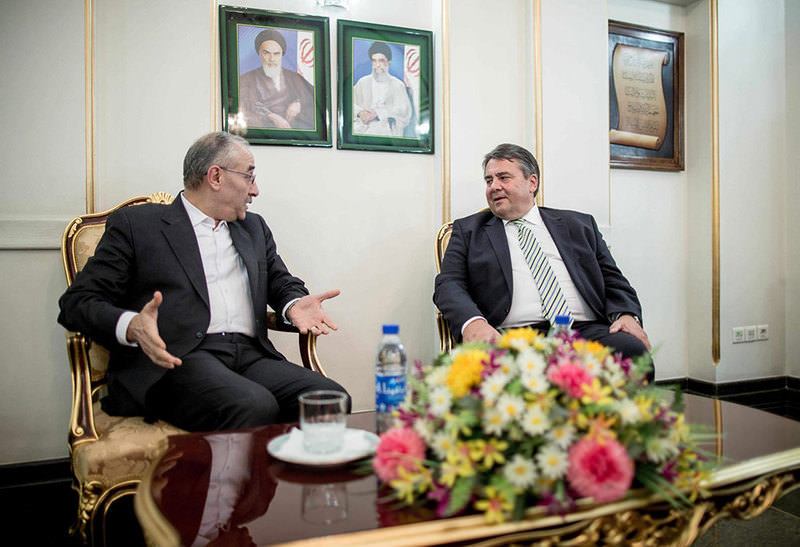 by Jul 19, 2015 12:00 am
German Economy Minister Sigmar Gabriel arrived in Iran with an economic delegation on Sunday, becoming the first high-ranking western politician to visit the country after it struck a nuclear deal with world powers.

By traveling to Tehran with a delegation of industry group representatives and company officials, Gabriel sends a strong signal that Germany wants to quickly rebuild economic and political ties with Iran after a 12-year standoff over Tehran's nuclear program.

Under an agreement struck on Tuesday, sanctions imposed by the United States, European Union and United Nations will be lifted in exchange for Iran agreeing long-term curbs on a nuclear program that the West thought was intended to make a nuclear bomb. Tehran has always denied seeking nuclear arms.

"The agreement reached between the E3+3 and Iran in Vienna has laid the foundations for a normalization of economic relations with Iran," Gabriel said before setting off. E3+3 refers to the group of countries that negotiated with Iran.

"The precondition for this is that the steps foreseen in the agreement are now implemented," said Gabriel, who is also Germany's vice chancellor.

Germany's DIHK chambers of trade and commerce has forecast that German exports could double to about 5 billion euros within just two years and companies like Volkswagen and Siemens as well as thousands of smaller family-owned firms are eager to take back their dominant role in shipments to Iran.

Gabriel will hold talks with Iranian President Hassan Rouhani and several ministers during his three-day trip to Iran.

Gabriel told German newspaper Bild he would use the trip to suggest that Germany could be a mediator between Iran and its arch-enemy Israel and said he would insist that the Iranian government recognize Israel's right to exist.

"And really stable, good relationships with Germany will only be able to develop if this is accepted in Iranian politics. I will keep making that clear during my trip to Iran," Gabriel said in comments due to be published on Monday.

He said while the nuclear deal was a first step towards normalizing relations with Iran, further steps needed to follow in terms of Iran's role in conflicts in the region and especially its relationship with Israel.

"Germany can and wants to offer itself as a mediator for this," he was quoted as saying in an advance extract of the interview.